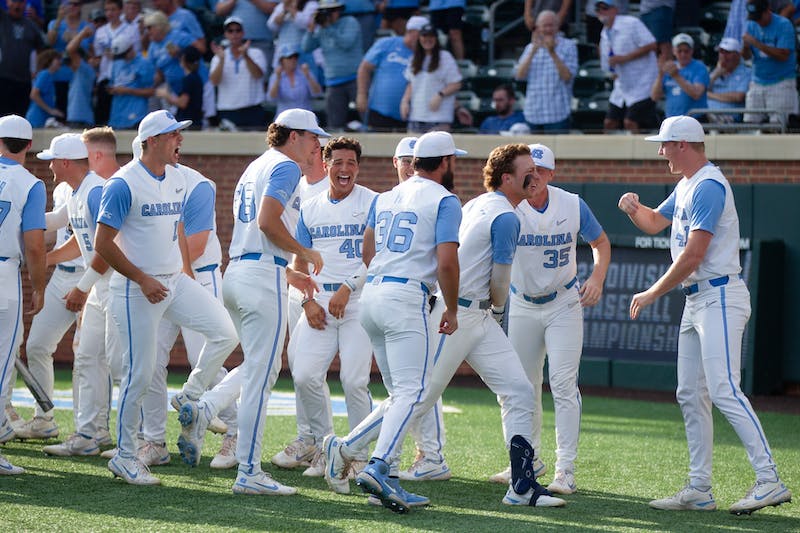 In the top of the first inning, the VCU Rams took an early lead thanks to a two-run blast off the bat from second redshirt student Tyler Locklear. North Carolina was quick to respond, going from a two-point deficit to a five-point lead in the next frame.

To start the end of the first run, redshirt junior Angel Zarate singled and second Mac Horvath doubled to put two runners. The two were then scored with a single through the middle to junior shortstop Danny Serretti. Vance Honeycutt then homered to right center field, tagging himself and Serretti on the first pitch from his at-bat. After scholastic second Alberto Osuna was hit by a pitch and senior Mikey Madej scored a single, both were scored as scholastic second Johnny Castagnozzi hit the UNC second homer of the inning to bring the score to 7-2.

The Rams rebounded in the top of the second inning with three runs alone on three hits. With the bases loaded, second redshirt student Ben Nippolt reached a defenseman’s pick, bringing home graduate receiver Jacob Selden. Another run quickly crossed the plate for VCU, as a wild pitch allowed second redshirt student Cooper Benzin to score. Finally, redshirted junior Logan Amiss struck from the left side to bring Nippolt home and make it 7-5.

The Tar Heels scored two runs in each of the next two innings to extend their lead to six runs. Osuna delivered a two-run blast late in the second inning that sailed up the UNC scoreboard, scoring himself and Horvath. Zarate joined the party late in the third, with a two-hit bomb thrown over the right field fence.

Late in the fifth inning, UNC had another five runs behind three hits. Zarate delivered an RBI single to left field and was quickly scored after Honeycutt reached a fielder’s pick. A wild pitch got Horvath, who reached on an error earlier in the inning, through home plate for the frame’s third inning. After Osuna walked, a triple from Madej scored it and Honeycutt to take UNC to an 11-point lead.

VCU cut their deficit to eight runs in the top of the seventh inning. Amiss hit a two RBI double to left center to score Locklear and Nippolt. A later single from second redshirt student Will Carlone scored Amiss, making it 16-8.

UNC struck again in the bottom of the eighth inning, scoring three more runs on two hits. Horvath doubled down the left field line to bring in Zarate and sophomore Colby Wilkerson before Serretti hit to left field to score Horvath.

North Carolina cruised to a 19-8 win, forcing a win-win matchup against VCU on Monday night.

In a game that has seen nearly every batter in UNC’s starting lineup register a hit, it’s hard to pick a single player who stands out offensively. However, Zarate’s consistency at the plate — scoring four hits in five at bats — was key to the Tar Heels’ offensive assault on Sunday night.

On defense, UNC left-handed pitcher Caden O’Brien was key in slowing the Rams’ initial momentum. After getting five runs through the first two innings, O’Brien held VCU scoreless for the next four innings. The senior had two strikeouts and five strikeouts in his appearance on the mound.

Despite a stunning final score of 19-8, Sunday night’s fight was effectively decided at the end of the first set. In a six-hit, seven-run outing late in the first, Tar Heel’s offense got through all of their hitters. UNC took a 7-2 lead and didn’t look back.

Sunday night’s win keeps UNC alive in the playoffs and sets up a win-win matchup against VCU on Monday night.

North Carolina’s 19 runs are tied for most by program in an NCAA Tournament game and showcase the offensive firepower the Diamond Heels lacked in Saturday night’s loss to VCU.

The Tar Heels will play VCU for the third time in the Chapel Hill Regional on Monday night at 6 p.m.