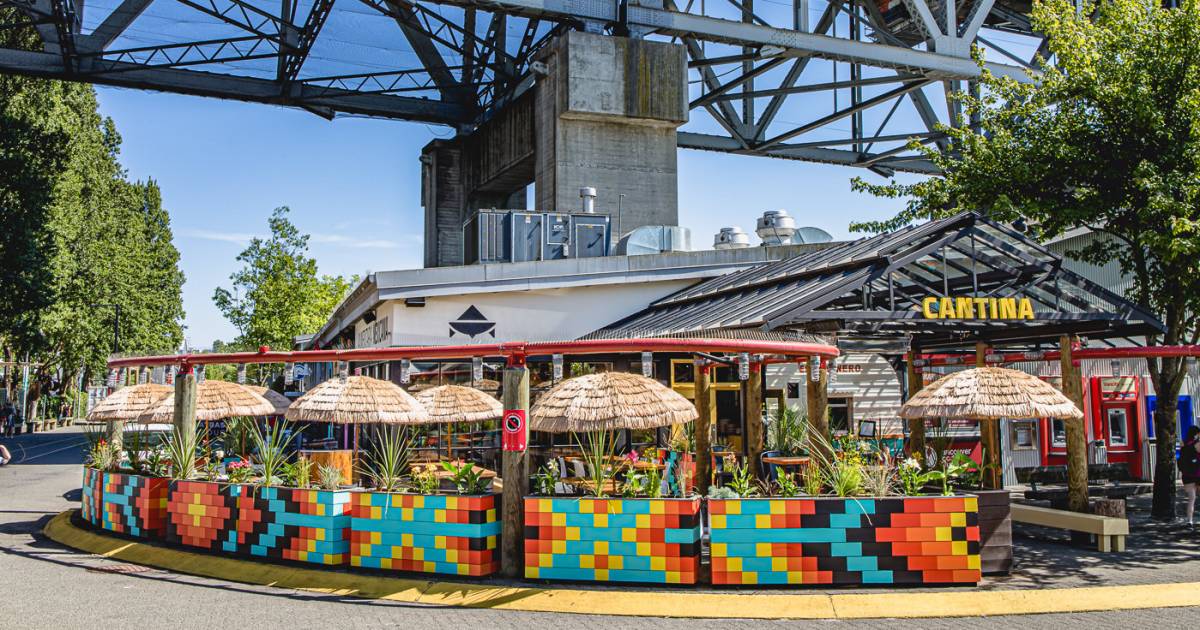 One of Vancouver’s newest and perhaps most authentic Mexican restaurants is gearing up for a busy week ahead of the annual Cinco de Mayo celebration.

Alimentaria, a Mexican newcomer to a town that’s been swooning over tacos for a dozen years, occupies the plaza across from the public market formerly owned by Edible Canada, which closed around the start of the pandemic, in 2020. after 10 years.

The ambitious restaurant is one of the latest projects from the partners – Mexican-Canadian executive chef Ernesto Gomez, chef Martín Vargas and his partner Darragh McFeely – who have brought restaurants such as Nuba, Fayuca (“North Pacific Mexican “) and Yaletown’s Chancho Tortillerie.

The colorful, year-long canteen describes itself as “a one-of-a-kind immersive culinary and cultural experience that showcases the centuries-old techniques, traditions and products of Mexican and local artisans in an authentic way that pays homage to their origins. “.
It includes a retail shop, a take-out storefront and an educational space.

Guest chef Durán made a name for himself with his restaurant Ka’an in Tulum, a coastal town on Mexico’s Yucatan Peninsula, where he specialized in showcasing the dishes of his Mayan ancestors.

Durán, a former interior designer with no formal culinary training, began his restaurant career with pop-ups in Mexico City offering farm-to-table fare rooted in his country’s pre-colonial history. His regular trips to small indigenous communities to seek out regional food plants and traditional cooking techniques paid off when his open-air beachside Ka’an became popular with locals and tourists alike.

The Mexico City native will lead two-and-a-half-hour morning workshops on Heritage Corn on Saturday and Sunday (April 30 and May 1) exploring Mesoamerican culture and history, the importance of maize (maize) in the food culture of the region, and the practical uses of maize in the home kitchen. Dishes containing four types of heirloom corn will be available for tasting.

Then, on Tuesday evening, May 3, Durán will host a five-course dinner steeped in its Mayan culinary traditions. The meal will include sikil pa’ak, a pumpkin seed and grilled tomato dip served with crudités; potato tamales; dried fish tamales; seafood mixiote; and poached pear with dried herbs and corn-cocoa porridge for dessert.

A limited number of tickets for all three events ($35 per person for workshops; $80 per person for dinner, $40 for optional drink pairings) are available on the Alimentaria website.

Kits must be ordered in advance and picked up at Alimentaria or Chancho on May 4 between 1 p.m. and 7 p.m.; quantities are limited.

Seed and Mill Tahini Review: This is the creamiest tahini I’ve ever tasted