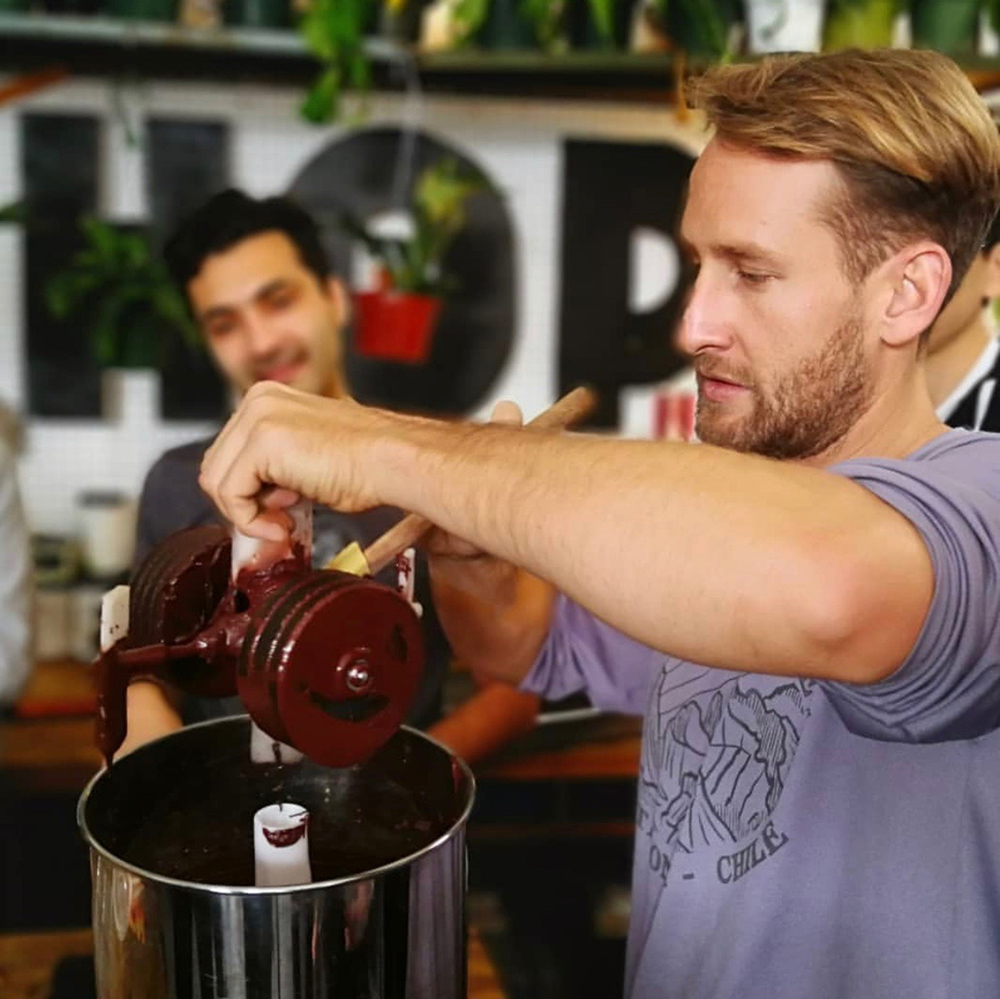 Apparently I used to make some pretty memorable chocolate truffles.

It reminded me of last week when Marie, a friend of my mother’s, wondered if by any chance I would make one this year.

I had made them so long ago that I had actually forgotten about them. Then I remembered a class I had taken at a chocolate shop in the Marina district of San Francisco. The truffles were so easy that I made dozens and gave them away as gifts.

I think Sean Taylor’s friends and students are much luckier, as they can enjoy decadent cocoa-based artisan chocolate bars straight from the bean.

For the past four months, the San Rafael native has been teaching locals how to make pure vegan chocolate — free from soy lecithin, added fats and chemicals, but rich in antioxidant compounds and serotonins — in his two-hour Bean classes. -to-Bar .

His chocolate adventures began in Costa Rica and over the past five years have taken him to Ecuador, Peru, Mexico and Nicaragua.

“Chocolate combines science, cooking, political economy, history and so many other things,” he says. “I’m incredibly lucky to be able to learn what I love and share it with my studio students in a fun and hands-on learning environment.”

If you can enjoy the fruit of the cocoa tree in Marin, you cannot grow it in the garden because of its great need for heat and rain. Even if it were grown in a greenhouse here, Taylor says, it wouldn’t be worth it.

In a year, a single cocoa tree only produces between 25 and 40 cocoa pods with only 30 to 40 beans inside.

This equates to approximately 2 pounds of finished cocoa. To illustrate the point, just one of Taylor’s Bean-to-Bar classes uses more beans than a single tree can produce annually.

For Taylor, the limited supply helps explain the high cost of cocoa around the world. It also explains why, with the public’s expectation for cheap chocolate, there can be troubling issues of child labor, low wages for workers, and deforestation in some countries.

“For me, making my own chocolate means knowing where it comes from and supporting the producing regions,” he says. “Sustainably sourcing and being your own maker is energizing.”

Major cocoa growing regions exist in South and Central America, Ghana, Ivory Coast and Indonesia where growers harvest, ferment (imagine something similar to a one ton heated compost heap) and process their cocoa.

It is at this stage that gourmet chocolatiers such as Taylor and his students will roast, grind and flavor their own cocoa.

“I just put the cocoa and sugar — nothing else — in the blender or chocolate refiner,” he says. “It’s like a mini chocolate factory and watching the beans transform into liquid chocolate is fascinating.”

While the chocolate is being processed, Taylor takes her students on a virtual chocolate world tour to discuss its cultural history, the differences between each chocolate region, how to extract different flavors from each bar, understanding its health properties and different fat percentages.

At home, it takes Taylor about four hours to turn 5 pounds of cocoa into chocolate, but it’s worth it. Those 5 pounds, purchased for $32, will turn into 40 2-ounce bars — a bargain when it comes to high-quality chocolate.

The biggest surprise for his students is the revelation of how easy it is to make chocolate at home. “Everyone tells me they had no idea how simple it is,” he says.

In class, they taste a cocoa tea from an old recipe that predates the chocolate bar. (He shares the recipe below.)

They enter a blind chocolate tasting contest and learn to identify different cocoas, with the winner winning a chocolate prize.

After the chocolate-making process is complete, students pour the rich liquid into two molds and can spice it up with organic sea salt, cayenne pepper, allspice, ginger, turmeric, coconut or cardamom.

As the students leave the classroom, armed with their two bars of artisan chocolate, chocolate chips and a list of useful resources on where to buy the best chocolate machine under $300 and where to find cocoa beans locally ,

He will take part in two events this month, a Chocolate Making From Bean-to-Bar and Hanson Organic Vodka Tasting and Distillery Tour from 2-4:30 p.m. Sunday at Hanson of Sonoma Distillery at 22985 Burndale Road in Sonoma; $85. For more information, call 707-343-1805 or visit hansonofsonoma.com. The second is a chocolate-making workshop from 4:30-6:45 p.m. on December 22 at Little Tree Art Studios at 14 Ross Ave. in San Anselmo; $60. For more information, call 415-295-7037 or visit littletreestudios.net.

Boil water and pour over cocoa in a cup. Leave to infuse for 6 to 10 minutes. Whisk well. Add the spices. Don’t forget to eat the remaining cocoa at the bottom of the cup.

Events not to be missed

PJ Bremier writes on home, garden, design and entertainment topics every Saturday and also on his blog at DesignSwirl.co. She can be contacted at PO Box 412, Kentfield 94914, or at [email protected]