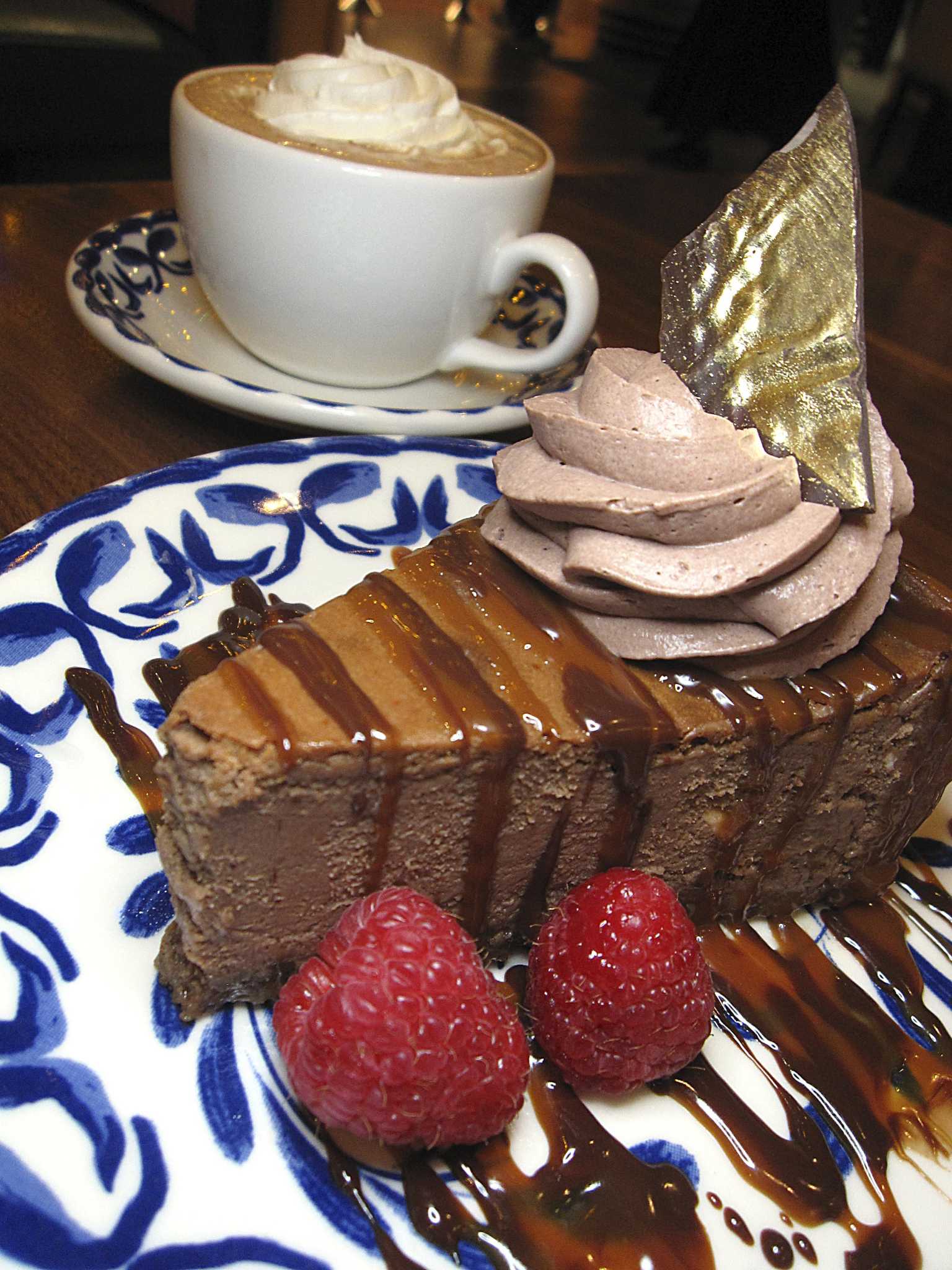 Transmitting culture and traditions one chocolate at a time

The altar was the shimmering focal point of Mi Familia de Mi Tierra’s grand dining room at The Rim restaurant on Tuesday. It was created in honor of the night star – chocolate, or what the Aztecs called the food of the gods.

A giant molinillo was placed on the altar as an offering. It paid homage to the small wooden whisks found in most Mexican kitchens, which are used to create the froth in Mexican hot chocolate.

Seventy San Antonians paid $25 each to attend what was billed as an educational, cultural and culinary event. Its purpose was to share cultural stories and traditions that can be passed on to new generations.

It is the oral tradition, revived and repackaged.

The night included chocolate martinis, a chicken mole – a chocolate-based dish derived from roast and ground cocoa – and platters of chocolate desserts accompanied by a hot chocolate infusion.

The creators of the event, Rebeca Barrera and Merri Gutiérrez, are former bilingual and bicultural educators who have designed educational programs.

Both previously worked with Scholastic, the publishing, education and media company. They’ve found creative ways to spend their retirement by providing learning-as-entertainment experiences that leave audiences with historical knowledge they never got in the school curriculum.

“Romance de Chocolate: A Valentine Social” was a collaboration between Barrera, Gutiérrez, the Cortez restaurant family, and a longtime women’s group called the Pan American League. Between them they represent a great deal of Mexican American history and culture in this city.

Somos Cultura y Mas, which translates to “we are culture and more”, is the new educational non-profit organization behind “Romance”. This is Barrera’s creation.

The two educators are also collaborators in an event held each May in San Antonio called Day of the Ninos, or children’s day. A Mexican holiday since 1935, it has been recognized in parts of the United States since around 1999. San Antonio was the first city to sponsor the event in 1998, she said.

Several events served as tryouts for Wednesday’s dinner and presentation. Barrera calls them “juicy lessons in a cultural subject.” One was tequila. I missed that one, sadly.

The last presentation celebrated the not-so-humble cocoa bean, which was so highly valued that it was used as currency and for barter in Mesoamerica. A turkey could have been exchanged for 200 cocoa beans; a rabbit for 30; and a lawyer for only three, they said.

Cocoa beans were used in dowries, and when the Spaniards intervened the exchange rate for a “real”, a unit of Spanish currency, was around 140 cocoa beans, they said.

Barrera and Gutiérrez traveled to Mexico to learn how cocoa is harvested, fermented, roasted and made into soft patties that solidify when dry. They also visited a town called Santa María Rayón outside of Mexico City, where generations of wood carvers have made molinillos.

They told the audience that anthropological evidence shows the use of cocoa beans 4,000 years ago in Mesoamerica. Chocolate confectionery, on the other hand, is a relatively new phenomenon that began about 400 years ago when sugar was added, they said.

Before that, chocolate was a drink combined with chili peppers, cinnamon, honey and other ingredients. In the Nahuatl language of the Aztecs, this is called xocolatl, pronounced somewhat like chocolate. xoco means bitter and atl means water or drink.

This is the kind of knowledge that Barrera (who developed a program for Scholastic and served as its director of Latin American initiatives) and Gutiérrez (who served as national director of biliteracy at Scholastic) will develop for Somos.

They hope a Mother’s Day event will celebrate rebozos. Large scarves are like heirlooms passed down from generation to generation, often used as wedding gifts and later by mothers to carry their babies, which were a light year away from today’s modern scarves.

Barrera and Gutiérrez are planning other events around other traditions, such as the quinceañeraand other cultural elements, such as molcajetes and metallic embossing called rejected.

“It’s about becoming more informed and not forgetting those roots, especially in this climate,” Gutiérrez said.

“This is the first of many cultural gatherings for adults to reconnect with their cultural heritage and pass on their traditions,” Barrera said. “It’s important to know who we are” — and to be proud of it.

Whenever they speak up at such events, they hear similar remarks afterwards. People say, “I had no idea” or “I didn’t know.”

In a way, that’s what they like to hear, because they know the information is going to be passed on.

Elaine Ayala is a columnist covering San Antonio and Bexar County. Read it on our free website, mySA.com, and on our subscriber site, ExpressNews.com. | [email protected] | Twitter: @ElaineAyala

Coffee with leaves and seeds