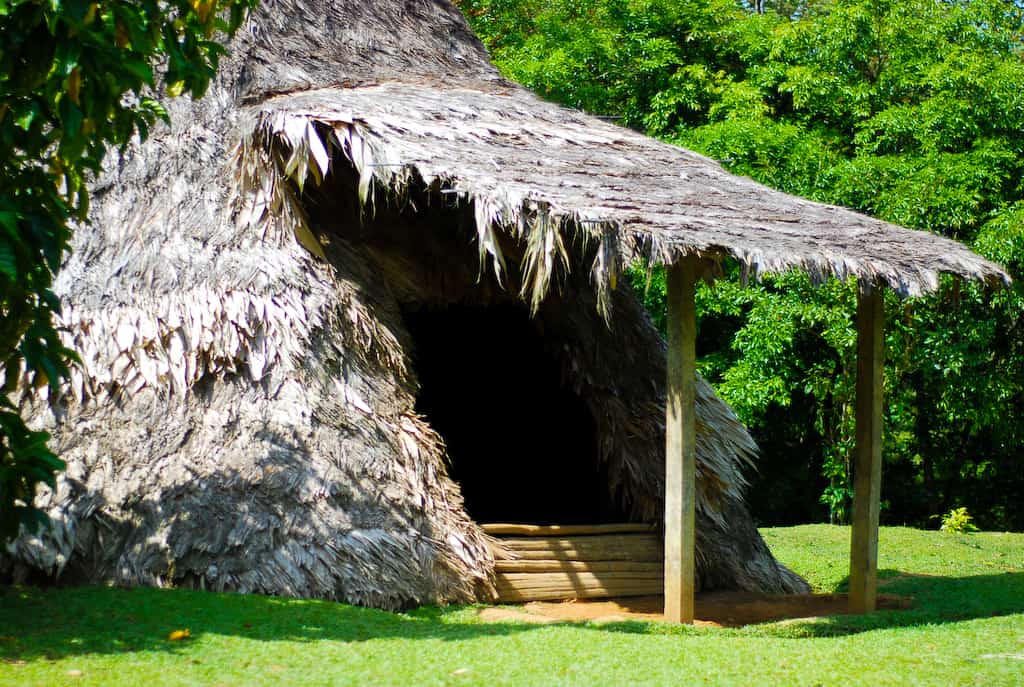 The world knows Costa Rica as a destination of breathtaking scenery, from haunting cloud forests to lush jungle rainforests, from tropical beaches to lush green mountains. But there is much more to this beautiful country, the people and their culture is what makes it so special and unique.

Costa Rica is home to around eight main indigenous groups, with the Bribri population being the country’s largest indigenous group in Limon Province. Deep in the southern Caribbean region of Costa Rica, near the border with Panama, the indigenous Bribri people reside scattered throughout the Talamanca mountain range and the southern islands isolated from others.

Off the beaten track, far from the dominant society and influences, isolated, they fight for their independence and self-sufficiency allowing them to preserve their indigenous culture. Some have traveled to live across Costa Rica, however, a large percentage continue to live in this region.

Translated into Spanish, Bribri est valiente, which means courageous, courageous and valiant in English. It is the essence of the indigenous Bribri people that stands the test of time, maintaining their beliefs, traditions and culture.

They mainly speak two languages, Spanish, and one of their own, the Bribri language which is a chibchan language from Central America that they continue to preserve through the generations. This is often said in their homes and among families, in their spiritual centers and in their traditional ceremonies.

Their tribal name of Bribri comes from the word which means mountainous and rugged terrain when translated from their language, which is considered a tone language that uses an SOV, subject-object-word order of words. There are three different dialects spoken which have been named after the groups that use them Salitre-Cabagra, (Pacific) Coroma (East) and Katsi-Amubre (West).

The villages are remote and isolated, with some sometimes traveling by river to reach their destination. However, this is what allows them to survive in their way of life, far from the influence of the peoples retaining their societies. Running water is available most often in the villages, however, electricity is limited as they have chosen to live without the technology and influences of the modern world. Villages consist of schools, community buildings, assembly and meeting houses, and conical huts which are their centers of spiritual practice.

The indigenous Bribri lead sustainable lives, depend on themselves, and have created a barter system to use indoors and, if necessary, sell their unique art, crafts and chocolate culture to tourists. Most single family homes are traditional and rustic in nature, some wooden huts on stilts with thatched roofs made of wood or woven from palm fronds.

There is a lot of space between them keeping them apart but close enough to still be able to walk towards each other. They maintain their existence relying on agriculture producing their own organic food in their fertile gardens, with chickens on the property providing eggs and other necessary animals. Meals consist of traditional foods such as chicken, rice, beans, yucca and other fresh vegetables, and of course chocolate.

Their main source of income comes from growing and harvesting bananas, plantains and cocoa. However, they easily grow oranges, corn, coffee, beans, rice, and native root crops. Ecotourism has helped as a source of income to educate people about their traditional way of life and to provide insight into their world. This sustainable tourism generates income to help build their villages and community centers as well as funds to buy what they cannot grow on their own.

They welcome small groups to their village to experience the Bribri culture by learning their respect for nature by walking in the forest, sharing their knowledge of all the plants and trees among them and their amazing medicinal properties. Visitors may have the opportunity to try an authentic snack that they commonly eat, served straight from a banana leaf.

They raise awareness of cocoa and why it is so important and respected, from traditional and medicinal uses and sacred rituals to tasting and visualizing the entire process of chocolate production. Watching how the cocoa pod is opened, the beans are roasted and cooled before being crushed and ground into chocolate creating a whole new intimate experience before savoring its pure flavor.

Cocoa plays an important cultural role in the history and life of the Bribri, as it has helped maintain their livelihoods and sacred belief system. It is their belief that the cocoa tree is that of a female, who was previously a female but was turned into a cocoa tree as a sign of appreciation by Sibu, their main deity and creator. Traditions followed that the branches of the cocoa tree should not be used as firewood and that only women could prepare and serve their cocoa drink in sacred rituals.

It is featured and prominent in special occasions, purification rituals, ceremonies and rites of passage within the culture. Even within their natural medicine, cocoa has a role, whether it is for stretch marks or in a mixture to bring down fever, it is their devout gift.

Within Bribri society, women have a central role because the structured clan system is matrilineal, so the mother’s family will determine the roles that one will have. It also means that the clan to which the mother belongs determines the clan of the child. Women are the ones who inherit the land through the generations and will generally be responsible for looking after the livestock.

The indigenous Bribri people strive to maintain their culture and ancient traditions by preserving their heritage. Although they are independent and isolated from the population, they are united among themselves to form a healthy and self-sufficient community. The preservation of their community thrives through their dedication to being at one with nature, respecting it and protecting it in order to maintain a harmonious balance.

The independence and the way of life of the Bribri have much to be admired, as they use their natural resources responsibly, proud of the land and respectful of nature. It’s something the world is striving for in these modern times and maybe something we can all learn from.