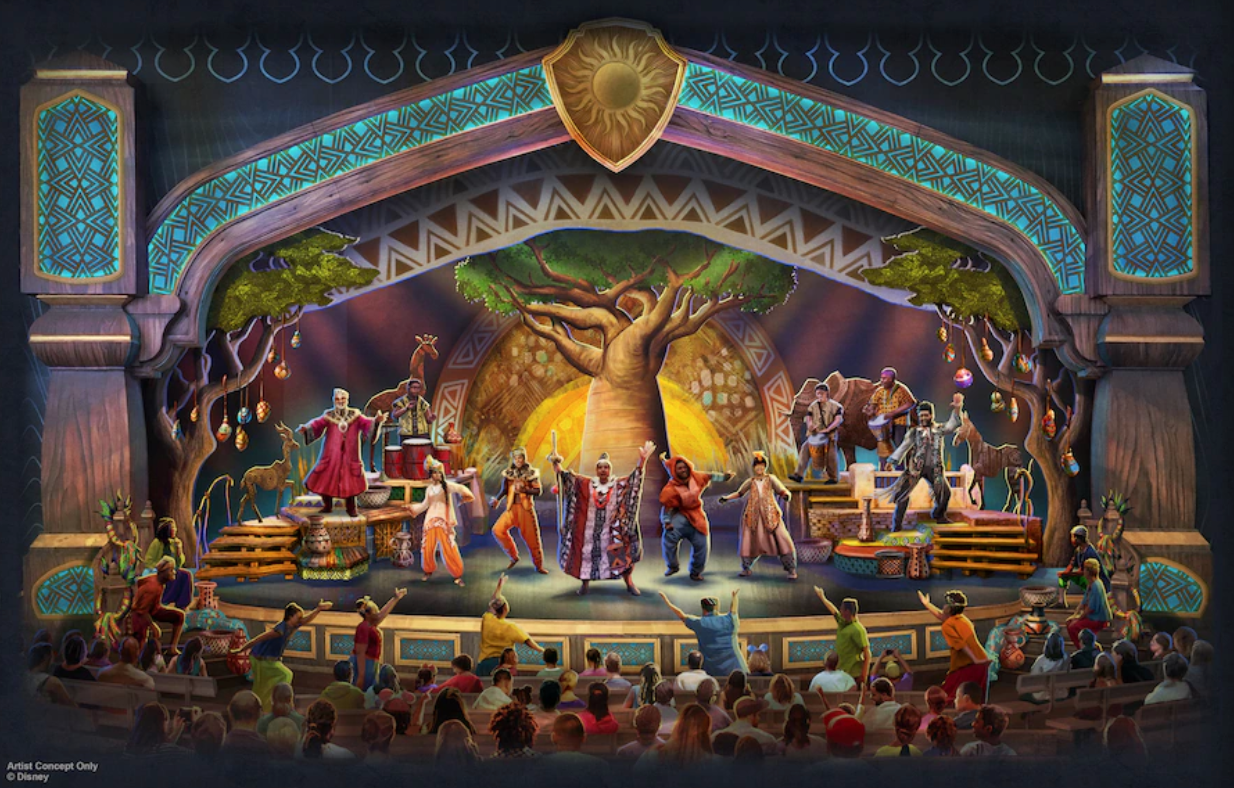 The last time I was moved and had tears in my eyes at Disneyland was during one of the final viewings of Fantastic ! late 2019/early 2020. (He’s been back, by the way, since May 28.) But on the afternoon of May 26, in a special preview at a Celebrate Soulfully media experience , I was overwhelmed with Disney Magic and pride watching the new staging of Tale of the Lion King.

Picture this, a parade of beautiful black people of all shades and sizes, singing Disney songs loud and clear. Smiling, like they were living their best life. It was a wonderful thing to see. The music and their voices touched my soul, and I wanted nothing more than to see them succeed.

Tale of the Lion King is a new and unique theatrical adaptation from Disney The Lion King. Set in Disneyland at the Fantasyland Theater, the live stage production features all-new sets, original musical arrangements and stunning choreography. The entire production draws its inspiration while paying homage to the cultural roots of history. Tale of the Lion King is one of the ways you can Celebrate with soul at Disneyland Resort this summer.

The show is narrated by a traveling troupe known as the Storytellers of the Pride Lands. It’s villagers in this land who all piece together the story of how Simba rose from little to king. Using dialogue, songs, dances and instruments, the story of your favorite little lion and his adventures comes to life. The voices are beautiful, the dancing is creative, and there are no face-covering animal costumes. It’s spectacular. The show is hosted by an expanded cast of twenty actors, singers, dancers and drummers. As lead narrator Mwongozo recounts Simba’s journey, storytellers take on the roles of King Mufasa and his brother Scar, young Simba and Nala, and comic relief Pumbaa and Timon.

While enjoying the show, you can also savor delicious new bites. Chef Natalie Willingham gave her perspective on the Tale of the Lion King through food at Troubadour Tavern. For savory snacks, try salty plantain chips or Berber-spiced popcorn mixed with a comforting spice blend. The Chicken Coconut Curry Sweet Potato features a baked sweet potato topped with a Malawi chicken and coconut curry. For dessert, Hakuna Matata Sweets offers a trio of animal-print cookies, including a coconut macaron, an orange pineapple thumbprint, and a buttery chocolate chunk cookie topped with cocoa nibs and with a white chocolate animal print decor. To wash it all down, there’s the Cardamom Cold Brew and the Pride Rock Punch made with Gold Peak tea, pineapple, mango, tamarind and orange juice over ice.

Disney Live Entertainment designed new costumes and hairstyles for the dancers in the ensemble. Disney management (e.g., Susana Tubert, Chief Creative Officer, Disney Live Entertainment and Associate Show Director Paul Bryant) made sure we could see ourselves in this show. “I think as a company,” Tubert said during the roundtable after the preview, “we recognize that we need to raise the voices at the table so that our products are authentic, authentic and also beautiful. than what you just saw today.

The new costumes are painstakingly crafted with inspiration from history, with details such as bold colors, fabric overlays and African-style headwear. The hair in Tale of the Lion King matters in storytelling, just as it matters in our community. Cosmetology manager Shemika Draughan arrived and designed some beautiful hair moments. “It was really important to me to bring more realism and real authenticity with our individuality, with the story and the variety of hairstyles and textures and things that the dancers brought,” Draughan said during the panel. . “One thing Paul [Bryant] and I’ve talked a lot about making sure dancers feel comfortable and what’s more comfortable than your own hair.

The dance in Tale of the Lion King is one of the best I’ve seen. Choreographed by brothers Kevin and Marcel Wilson, this brand new production incorporates exciting dance styles such as African, house, stepping, jazz-funk and contemporary. The Wilson brothers have worked and toured with artists such as Janet Jackson, Britney Spears, Christina Aguilera and Cher. They have also worked on Broadway, in film and on television. The dance was an integral part of the telling of this story. “We wanted to bring musical theater and also the pop world where we come from, and kind of combine that and tell the story through choreography,” Marcel Wilson said during the panel. “We also went until Simba had a signature move to make it Simba. Scar had a certain quirk he did all the time that you could recognize. 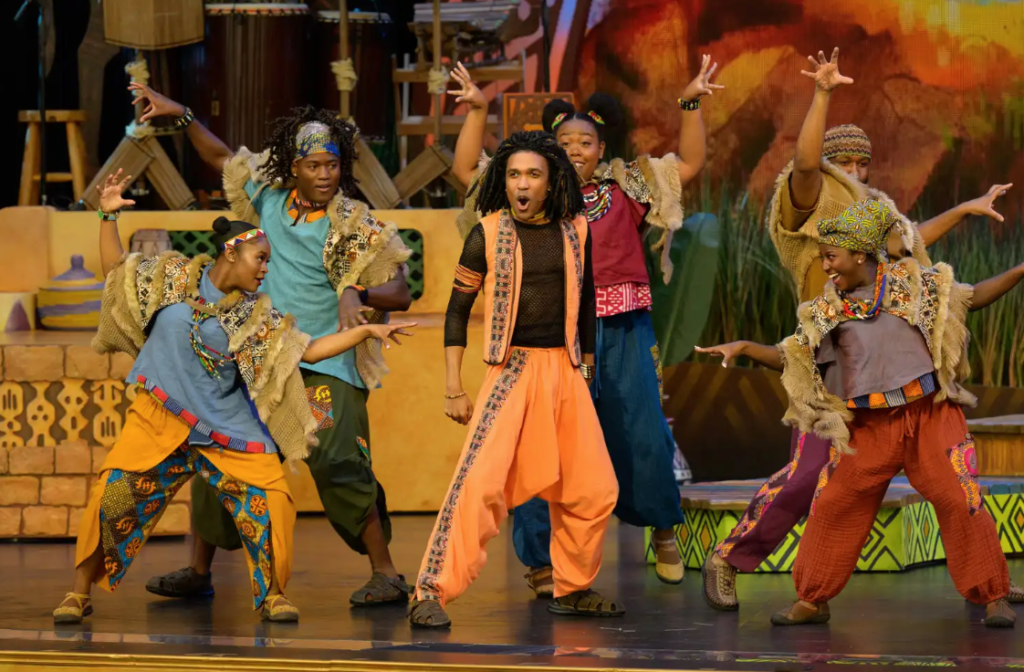 While other gems like some Swahili dialogue and lyrics are seamlessly integrated into this theatrical production, there is also a family and kids component that ensures everyone has a great time. There’s a coloring activity before every performance at Fantasyland Theater, and kids can dance to the musical number “Hakuna Matata” with their creations. It really is a well thought out production that is visibly diverse.