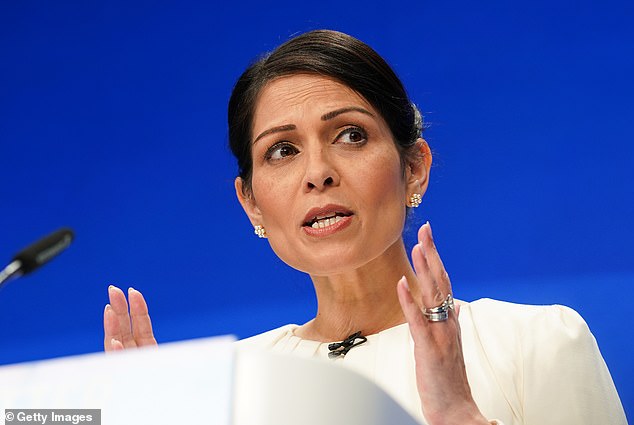 By Glen Owen and Jake Ryan for the Sunday Mail

Priti Patel has pledged to tackle the toxic ‘Line of Duty’ police culture which she says has led to a shortage of quality candidates to lead Britain’s biggest force.

The Home Secretary told friends that when she meets senior officers “they all seem to have known each other for about 30 years since they were all together at training school”, and that the country “has need for a wider range of backgrounds and talents recruited into the forces’.

Dubbed the ‘line of duty syndrome’ after the hit BBC1 drama about corrupt police, a friend said: ‘Priti noted that even in 2022 the police all seem to look alike, have the same background and to know. ‘

The Home Secretary was furious at being ‘blindsided’ by London Mayor Sadiq Khan’s ousting of Metropolitan Police Commissioner Cressida Dick last week, but shares his concerns about his abilities.

In the short term, however, Ms Patel felt there was no viable replacement, explaining why Dame Cressida was given a two-year contract extension.

Priti Patel has pledged to tackle the toxic ‘Line of Duty’ police culture which she says has led to a shortage of quality candidates to lead Britain’s biggest force. 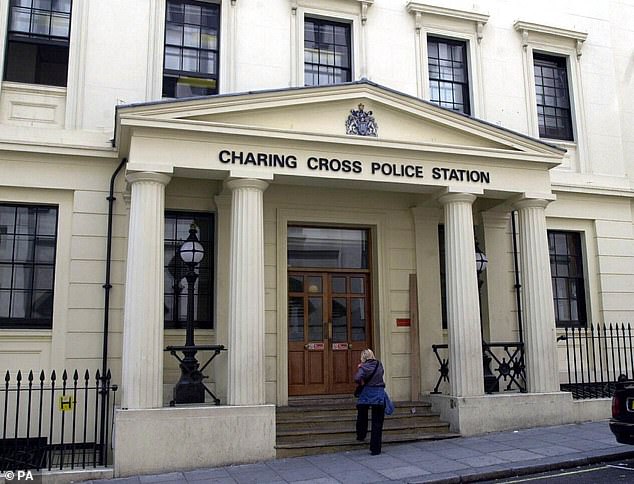 A ‘toxic’ atmosphere developed at Charing Cross station as early as 2006, as officers joked in text messages about the rape, domestic abuse and murder of black children

The commissioner’s resignation on Thursday came after Mr Khan expressed dissatisfaction with his plan to clean up the forces’ toxic culture, exemplified by officers at Charing Cross station, who joked in text messages about the rape, domestic violence and the murder of black children.

A damning report of their behavior followed scandals including the murder last year of Sarah Everard by serving officer Wayne Couzens.

The Met chief defiantly told LBC Radio at 11am the following day that she had “absolutely no intention” of stepping down, only to announce her resignation just five-and-a-half hours later.

Last night Mr Khan hinted that he had wanted Dame Cressida to step down and felt a ‘duty to act decisively’. 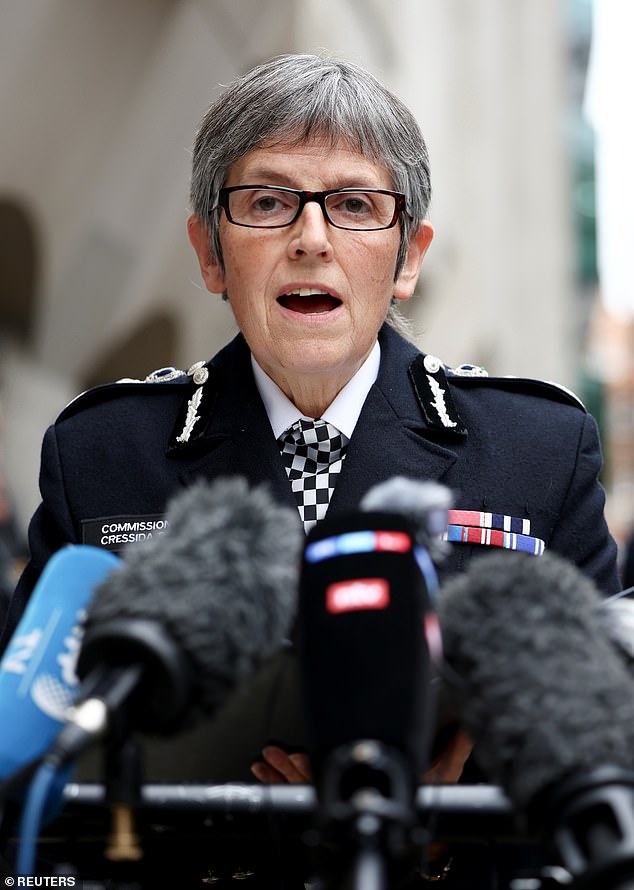 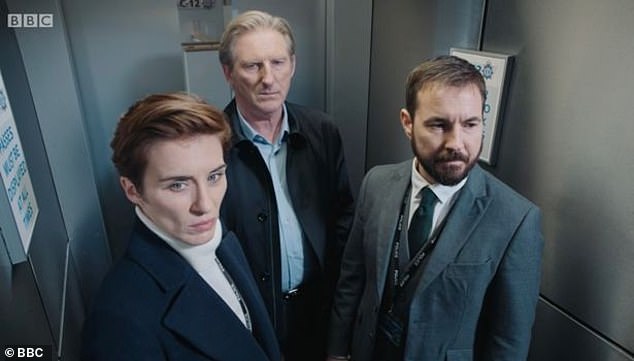 The Home Secretary has branded the ‘toxic’ boys’ club culture that exists within police forces across the UK as ‘the line syndrome’ after the hit BBC1 drama about the corrupt cops.

Writing in the Observer, the mayor said: ‘It has become clear that there are deep cultural issues within the Met.

‘It is my job as mayor to hold the police to account on behalf of Londoners, so it was my duty to act decisively as soon as I concluded that the only way we were going to start to see the level of change urgently needed was with new leadership at the very top of the Met.’

He added that Dame Cressida’s successor would have to tackle cultural issues that had “shattered” public confidence in the force.

She is expected to remain commissioner while her successor is sought and the sensitive police investigation into the lockdown parties in Downing Street is completed.

But the terms of his severance deal are under review.

His two-year extension was due to start in April and would have earned him a salary totaling nearly £500,000. Mr Khan is supposed to want to avoid paying this.