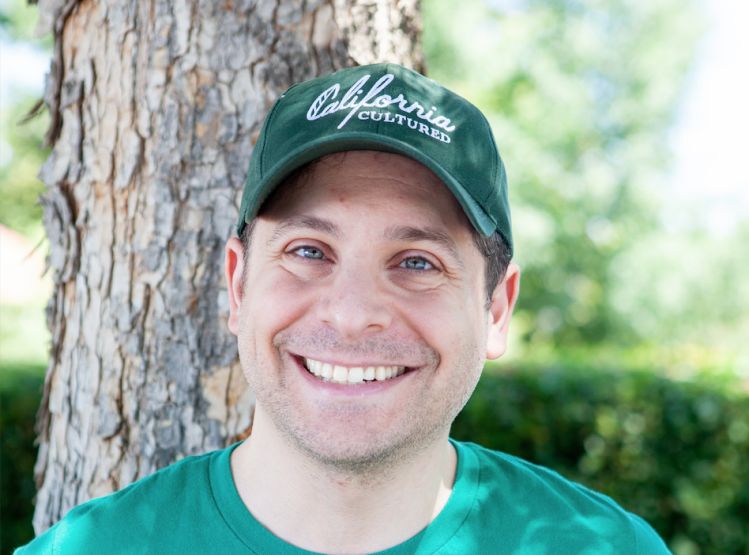 Simply put, says Perlstein, coffee and cocoa are pretty complicated, and you can’t just program a yeast cell to produce them in a fermenter.

But how close are they California Culture​Cocoa ‘seeds’ or coffee grounds to the real thing?

“We know that we currently reproduce thousands of flavors”, said Perlstein. “And that’s the real beauty of plant cell culture. You can have more complexity, more nuance, which is missing in a lot of single note flavors ​[he cited the difference between vanillin – a compound in vanilla pods which can be produced via microbial fermentation – and vanilla extract, which has complex smoky, spicy, botanical, sulfury, sweet and creamy notes as well as that core vanilla flavor you get from vanillin].

“And to me, that’s the magic of all the molecules working together, plus you get the benefits of bioactive molecules for human health and well-being,” added Perlstein, ​who has worked with plant cells, animal cells and microbial cells during his career.

Culture of plant cells: “Coming out of a very cold winter…” ​

So how established is plant cell culture? “Much of the work on plant cell culture took place at the beginning of this century,” said Perlstein, who spoke to FoodNavigator-USA before moving to a new 12,000 square foot facility and pilot plant in West Sacramento.

“But I would say it is now coming out of a very cold winter and some companies are using it for flavor and color production, and some for pharmaceutical production.”​

He added: “One of the most effective breast cancer drugs is called Taxol. When it was discovered ​[in the bark of the Pacific yew tree], they were trying to figure out how to do it ​[on an industrial scale] by chemistry or synthetic biology ​[using microbes], but the only way they could really expand it was with plant cell culture.​

“We think plant cell culture has some really exciting benefits. You don’t need the most expensive reactors. They don’t even have to be steel.​

“Taxol is produced in 75,000 to 100,000 liter tanks, so we know these very large industrial systems can handle plant cell culture”​

While California Cultured’s technology appears to have the potential to produce high-value bioactive ingredients like cocoa flavanols, could it ever produce the millions of tons of cocoa nibs needed to compete with Hershey’s or Mars?

It’s very early, said Perlstein, who launched the company in the summer of 2020, “But Taxol is produced in 75,000 to 100,000 liter tanks, so we know that very large industrial systems can handle plant cell culture. But you’re right, we’re not going to produce a million tons of chocolate right off the bat. ​

“Our initial goal is to focus on flavanols and ensure that our product tastes good and works well, that we have the right regulatory approvals around the world and the right partnerships in place as we achieve titles and scale. higher and higher.”​

Asked about regulatory challenges, he said: “Essentially, we’re pretty confident that every ingredient is food grade from start to finish.”​

“We basically make an analogue of chocolate chips”​

So how does plant cell culture work?

For cocoa, Perlstein said, “We are evaluating tissues from different parts of the cocoa plant and looking at genes, metabolomic profile and metabolism patterns.​ From there, we are able to select specific cell lines that can, for example, make our cocoa flavors really bright and tasty.​

“We grow and divide these cells using different bioreactor processes and once they reach a maturation stage, we inoculate the cells with microbes ​[hence the name California ‘Cultured’], and after fermentation, we dry them and roast them, so we’re basically making an analogue of chocolate chips. We then use analytical chemistry to understand what molecules we are making.​

“From there, you can just put the nibs in a traditional cocoa grinder and add whatever you would do with traditional chocolate.”​

How scalable is plant cell culture?​

So what inputs are needed for cells to grow?

“The main intakes are sugar, amino acids and very small amounts of plant hormones”, says Perlstein, “and they have to be agitated with the right mixture of gases, and that’s it. But the beauty of this process is that in a matter of weeks you can have a finished batch of great tasting cocoa, whereas in the wild it usually takes six months to over a year.​

For coffee, the process would be much the same, added Perlstein, who recently partnered with MTB​​, a leading Finnish research organization with specific expertise in plant cell culture technologies and microbial technologies.

“They have a great track record of working with companies to develop expression-based systems. We’re looking at doing everything from coffee beans to instant powder to even ground pouring. We’re looking for varietals which are very difficult to grow, have unique flavors and sell for a fairly high price per cup.​

The rationale behind coffee and cocoa from plant cell culture​

To those wondering why California Cultured and other startups seek to reverse engineer coffee and chocolate, such as Travel foods, Atomand QOA​We do this in the first place because ordinary coffee and cocoa plants are good enough to produce our favorite foods and beverages, there’s a confluence of factors, Perlstein said.

“Coffee will only get more and more expensive as demand continues to increase and the places available to cultivate it are decreasing​, so that over the next five or eight years there will be massive global disruptions in the global coffee supply chain. We therefore seek to partner with forward-looking companies that want to explore a better way to produce coffee sustainably and ethically in the future.​

The same goes for chocolate, he said, which will only get more expensive over time as demand outstrips supply, and people start to pay more attention to the issues of deforestation. and from climate change to child labour.

“In​ In West Africa, many cocoa yields are dropping rapidly due to disease and climate change. Pollination rates are down, labor is hard to come by, it can contribute to deforestation… some of the main reasons why we think this kind of technology is needed… and we think almost inevitable.​

If you’re making coffee and chocolate using plant cell cultures, he says, “You don’t have to wait to plant a tree. We don’t have to worry about fertilizers, pesticides, pollination, child labor and climate change.​

So what is California Cultured’s business model?

“Right now, we are looking for partners to work with and grow with us,” said Perlstein, who has raised approximately $5 million to date through a mix of “corporate, institutional and angel​” investors. “Specifically those interested in cocoa flavors, flavanols and the new types of cocoa butter we are developing.”​

Regarding intellectual property, he said, plant cell culture pioneer and former scientific director of Diana Plant Sciences Sung-Yong Harrison Yoon “is involved in many parts of our work and intellectual property. We’ve worked closely over the past two years to develop some of this, and we’re very excited about some of our IP pieces that we’ll be submitting very soon. »​

Beverage raises $12 million in seed round

Small Grants Program for Arts and Culture and Japanese Studies