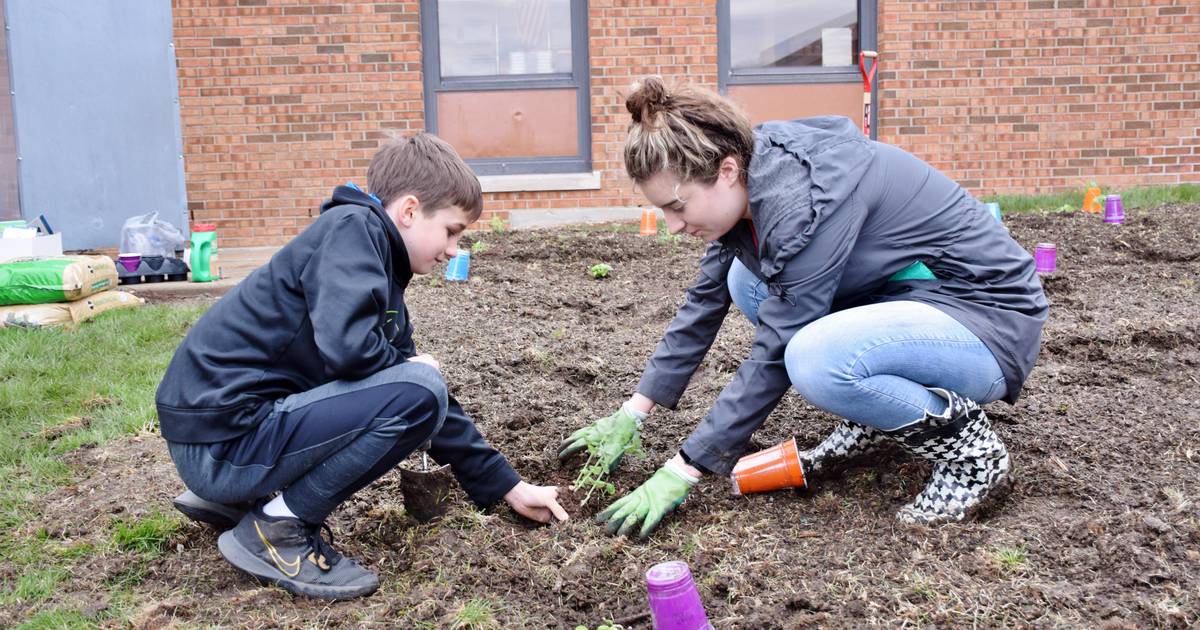 Plant a Seed in the Garden of Knowledge – Shaw Local

Genoa – Gabriel Kleba had never planted anything before, but that didn’t stop him from rolling up his sleeves and dirtying his shoes while learning to garden.

Kleba, a fifth-grade student at Genoa Elementary School, was one of approximately 225 students who participated in a collaborative program between the school and Northern Illinois University.

From September to December, Muzaffar and graduate assistants taught students about nutrition through cooking activities and following healthy recipes.

“They learned that different foods come from different parts of the plant,” Muzaffar said. “For seeds, they ate trail mix. For the roots they had a beet salad. For the leaves they had a salad with dressing. For fruit, they made fruit pizza.

From January to April, the students learned about the different parts of plants, how to garden and how to grow their own food. In small cups in their classrooms, the students grew seven different plants from seeds: basil, tomato, pea, spinach, asparagus, cabbage and bell pepper.

“The second half of the year, the students learned how to plant seeds and start a garden indoors,” Muzaffar said. “Once the temperature warmed up, they were able to plant what they grew outside.”

On April 22, Earth Day, students’ seedlings were planted in a school garden. In addition to learning how to plant, the students learned about companion planting: which fruits and vegetables can be planted next to each other and which plants should be spaced further apart.

Principal John Francis described the lessons as “a fun way to get kids interested in science”.

“It’s a way for students to see a finished project, from start to finish,” Francis said. “It’s also an opportunity to create a link with the university.

Fifth grade teacher Kaki Johnson said the program has taught her students about healthier eating habits and how to grow their own produce.

“We would pull out a ruler and see how much the plants would grow,” Johnson said. “From Friday afternoon to Monday morning, the plants really took off. It was great to see them get so excited and interested in something.

“Our whole class grew our plants and I enjoyed seeing the plants grow,” McHugh said. “I think gardening is fun.”