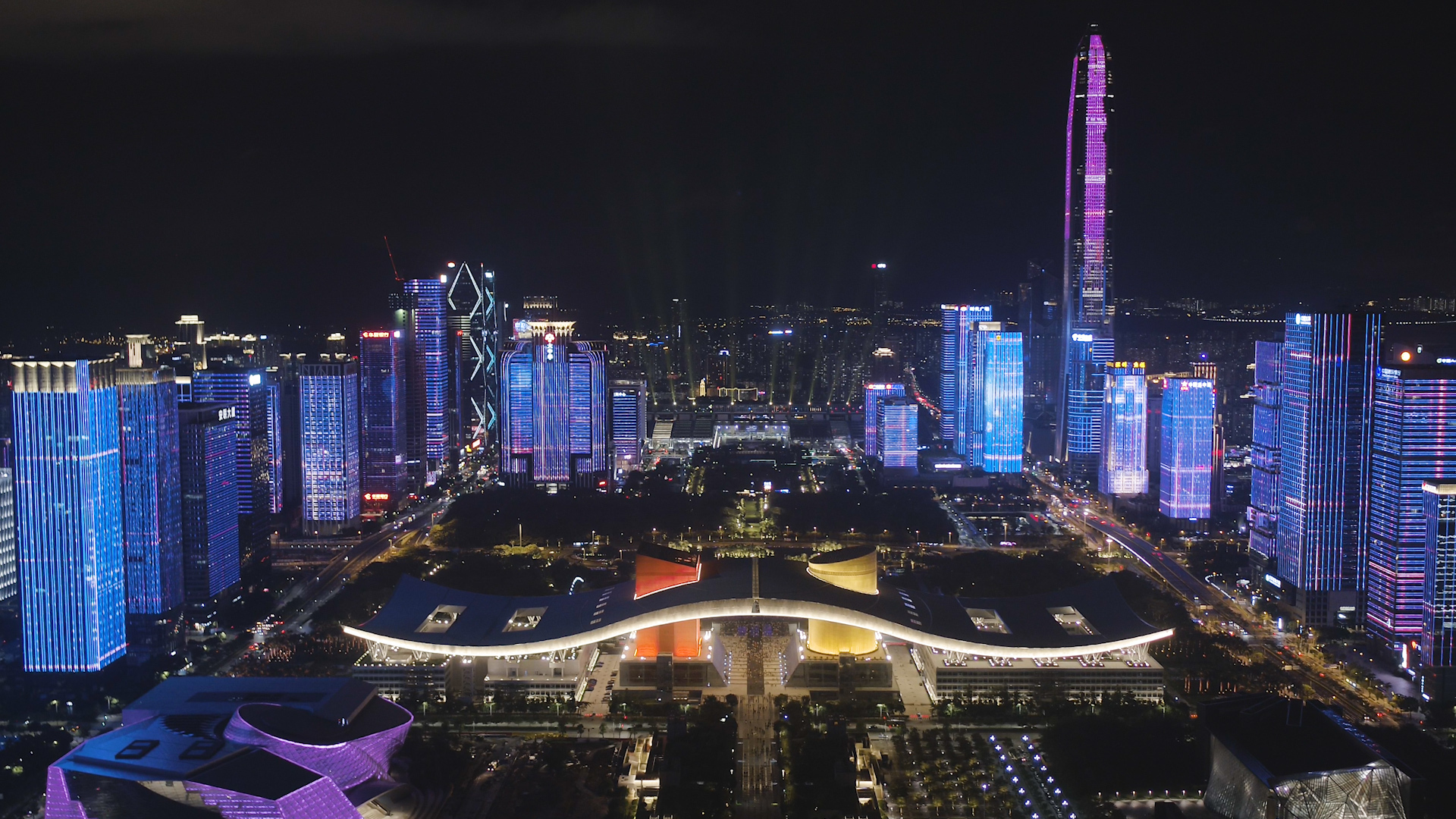 Media landscapes in China: how culture and politics shape the facades of connected media

Media landscapes in China: how culture and politics shape the facades of connected media

Outside of China, media fronts generally appear as proud individualists vying for attention at night. In China, however, you can find large groups of media fronts with a common message in many metropolitan areas. These media facades visually merge multiple skyscrapers into one panoramic entity. But what are the reasons why this phenomenon is unique to China? And how did it start? the Biennale of Media Architecture culture and politics linked to provide a response to the emergence of media scenes in China. 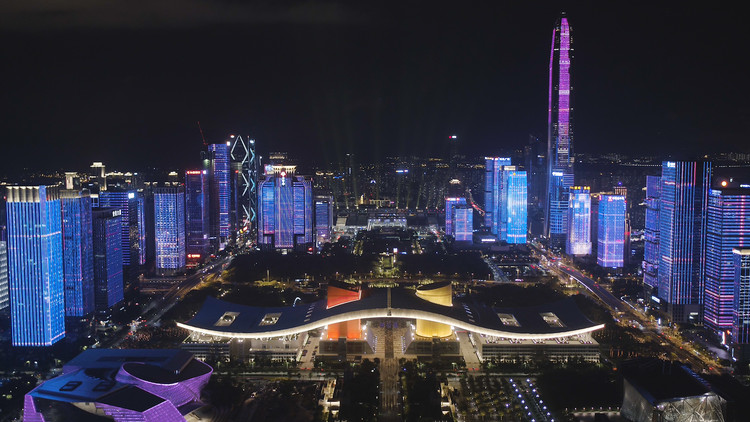 With China’s growing desire to present itself as a major player in the international community, the government sought a representative stage to welcome guests at important national and international events. In this way, panoramic light shows emerge as the ideal platform to convey cultural identity and technological leadership and send this message to media around the world. The introduction of spectacular light shows, for example, for the G20 summit in Hangzhou in 2016, the BRICS summit in Xiamen in 2017 or the 40th anniversary of Shenzhen in 2018, clearly underlines the political ambition. In Shenzhen, the more than 40 connected buildings have created a colorful dynamic panoramic scroll of the city’s glorious history over the past decades, landscape and technical innovations.

Philosophical concepts like Confucianism and yin and yang have led to notions of harmony and balance in urban design. Further on, Christopher CM Lee in his book “Common Frameworks: Rethinking the Developmental City in China” suggests considering the Chinese city as a monument in its own right. Modern China, however, has embraced large scale and the concept of maximum quantities in urban development. The new panoramic media facades appear to combine the traditional entity concept with large scale and high technology for bright nighttime entertainment.

The language of lighting: how to read light and shadow in architecture

The combination of a panorama with a variety of signs and movements can already be seen in traditional Chinese landscape paintings such as Wang Ximeng’s masterpiece “Thousand Li of rivers and mountainswhen the scroll is unrolled in a horizontal direction. However, the shapes and texts of contemporary urban light shows are more expressive than in historical paintings.

From a technical point of view, we note that the former preponderant role of large light installations for entertainment in the United States seems to be fading. New York with its Times Square billboards, and Las Vegas, with its illuminated canopy screen for casinos on Freemont Street, have achieved icon status. However, with smart connected skyscrapers, China appears to be dominating the field for large, high-tech urban experiments at night. The country also shows great interest in a big unified picture rather than a plurality of smaller topics. The comparison of these nocturnal images seems to embody two opposing political attitudes: the capitalist staging of individuals against a unified public relations story carried by the tight organization of the Chinese Communist Party.

The narration of the media façade animations is of a complex type. Video footage with nature, architecture, people, text and sound symbolizes an optimistic future in megacities. In this way, two structurally distant worlds are merged: urbanization with high-tech skyscrapers stands in stark contrast to the visualization of romantic, untouched landscapes that the building industry has pushed aside. In addition to their political relevance, light shows also have significance for tourism as an enabler of the night economy. Economic considerations should not forget investment costs, with large groups of bright skyscrapers sometimes budgeting around USD 100 million – perhaps a challenge for a state with growing social inequalities. Additionally, select environmentalists and lighting designers say the brightness of Chinese light shows is out of control. The Chinese government is aware of the negative effects of lighting and has issued a notice against extravagant landscape lighting installations in 2020. This has led to a cautious assessment of new large-scale media facade projects in China.

This unique cultural and political development in China has generated a situation where the government has been given the power to control nighttime urban design in terms of light shows. Heavy investment, strategic planning and political ambition demonstrate that China sees this urban form of media interface as an important nocturnal tool. While providing a bright and colorful window into the world of the Internet of Things, China is trying to communicate its national identity and technological leadership quietly but effectively within the country and to a global audience.

Light Matters, a column on light and space, is written by Dr. Thomas Schielke. Based in Germany, he is fascinated by architectural lighting and works as an editor for the lighting company ERCO. He has published numerous articles and co-authored the books “Light Perspectives” and “SuperLux”. For more information, see www.erco.com, www.arclighting.de or follow @arcspaces.