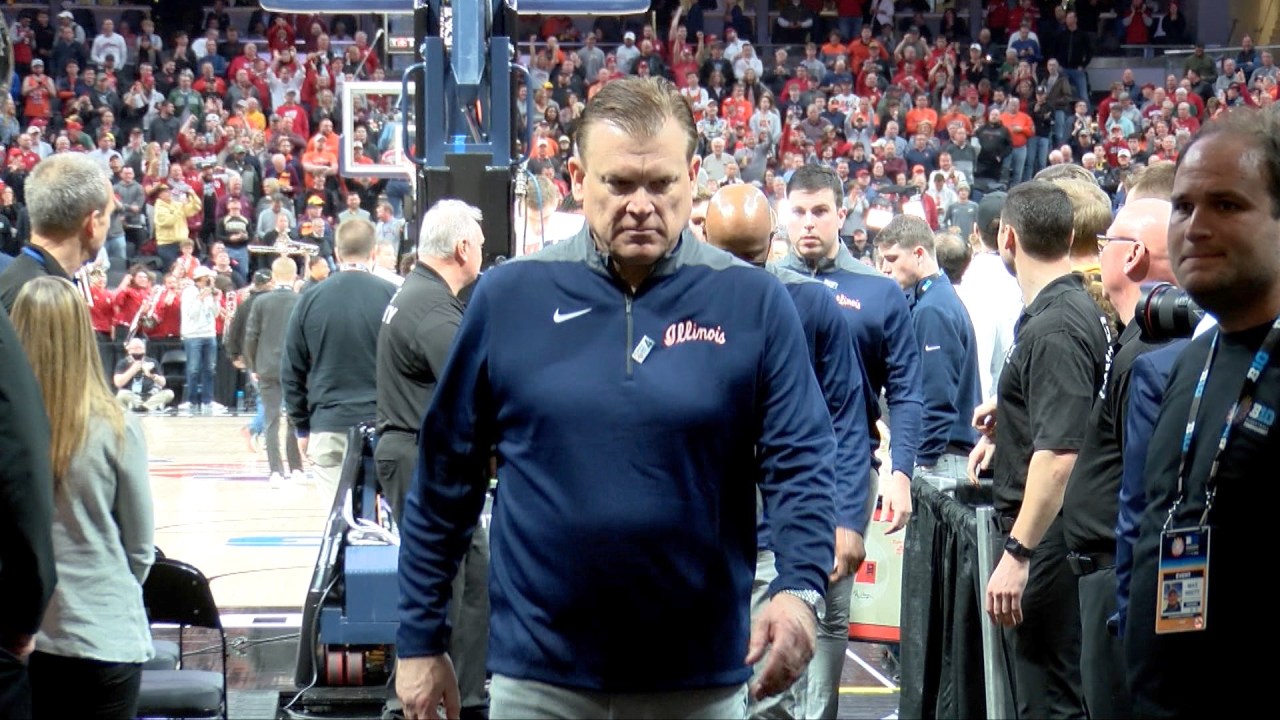 INDIANAPOLIS, Ind. (WCIA) – Illinois basketball’s stay in the Big Ten tournament is short-lived. Indiana, seeded No. 9, eliminated the Illini 65-63 in the quarterfinals on Friday at Gainbridge Fieldhouse in Indianapolis.

The Illini (22-9) trailed 64-63 with 15 seconds left after a timeout, but super-senior Trent Frazier turned the ball over. After a failed front end of a 1-and-1 by Miller Kopp, Illinois had a second chance to win it with four seconds left, but Andre Curbelo missed a layup, cementing the win for Illinois. Indiana.

The Hoosiers (20-12) all but blocked an NCAA Tournament bid with the win, after beating No. 8 Michigan on Thursday. Trayce Jackson-Davis led the Hoosiers with 21 points.

Kofi Cockburn scored a game-high 23 points and grabbed 10 rebounds, to go along with a career-high 18 points from Coleman Hawkins, but that wasn’t enough for the Illini to overcome a poor shooting performance.

Illinois shot just 35 percent from the field in the game, including 15 for 23 from the free throw line. The Orange and Blue also missed 12 lay-ups and two dunks.