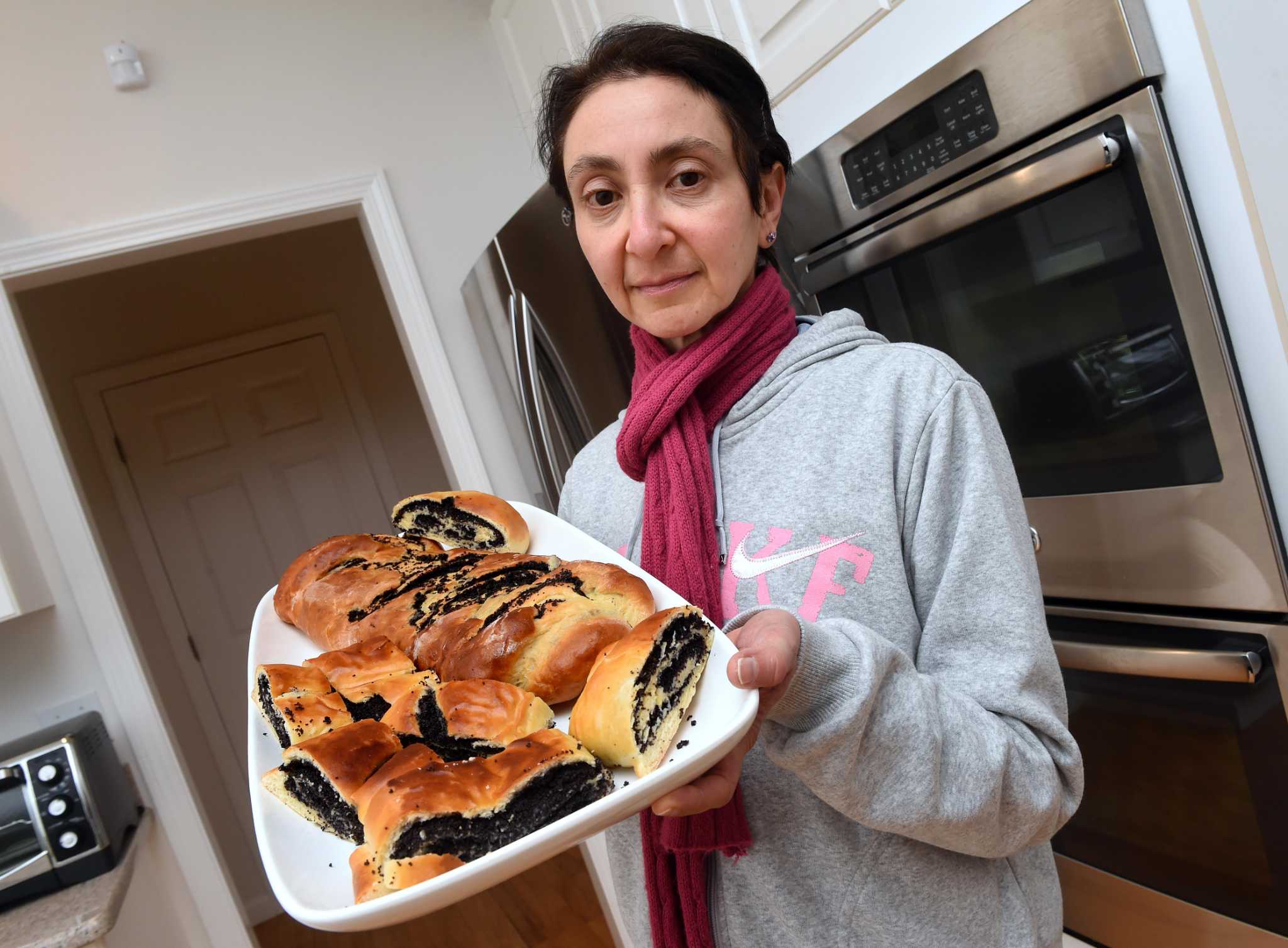 GUILFORD — When Irina Esterlis immigrated to the United States as a teenager with her family, she left Ukraine, but it was not an independent country. It was part of the Soviet Union.

The USSR no longer exists. And now Esterlis fears her native Ukraine is also in danger.

Esterlis was born in kyiv, which at the time was in the Ukrainian Soviet Socialist Republic. “I already don’t have a place where I come from, because the country I come from doesn’t exist,” she said. “But now the physical place where I came from will no longer exist. And this people, the culture will be wiped out.

Putin “has no respect for people or culture,” she said. “He annihilates people and museums, monuments. Like everything in the way is up for grabs. It’s like he’s trying to level the whole country, the humans and the non-humans in the country. He’s just trying to level it.

There is a large Ukrainian diaspora, but Esterlis is worried about what will happen to her country.

Esterlis is an associate professor of psychiatry at the Yale School of Medicine, specializing in brain imaging of traumatized and suicidal people. When Russia invaded, she was “crying all the time”, she said, and struggling to work. But then she felt the need to act.

Esterlis knew she needed to get busy and stop constantly watching CNN. At first, she made jam from the “huge freezers full of blackberries” that her husband, Donald Cottrill, grew. They donated the money to Center for Women and Family Life at Guilford.

It worked well, but Esterlis thought she could raise a lot more money by turning to her hobby of baking.

“Maybe it will work if I make this bread which is more complicated than making jam and which is Ukrainian bread, and maybe people will give a lot of money if I give them this fancy bread”, she said.

With a professional blender and two ovens ready, she began baking loaves of makivnyk pirog, a traditional poppyseed bread, selling them for $100 a loaf. Although she doesn’t know how many loaves she has baked so far, she believes she has raised $20,000 through sales and donations. People in her neighborhood spread the word and dropped by her house, putting money in her mailbox.

One thing she does know is that she used 35 pounds of poppy seeds. There was another 25-pound box of the essential ingredient waiting for him at his front door on Wednesday.

Selling each for $100, she sent the money to three military hospitals in kyiv, Kharkiv and Lviv. It was because she heard of a young man, a friend of a Yale colleague and a Ukrainian-American citizen, who had been to Ukraine and was now fighting. So the first money she raised went towards bulletproof vests.

There are a limited number of bulletproof vests, and not all of them are military grade. The soldiers in the front line catch them, but “the guys behind them don’t have bulletproof vests, so if the shooting starts or whatever, they have to run and hide pretty fast and hope they don’t get killed “, said Esterlis. . His group has sent 10 bulletproof vests and is working on more.

The young man called and texted her to thank her. “And I’m like, Oh, my God, stop thanking me,” she said. “You are right to defend humanity. I’m just trying to protect you a little at least, but you’re the one who stayed, who’s an American citizen. He could have left. »

News of poppyseed breads first came out on the Simply Guilford Facebook group. But when Yale Medical School’s Department of Psychiatry released her story, along with a call to support the Ukrainian people, “that’s where the real money started,” she said. “People gave $500, for example, for two loaves of bread.”

The effort has since exploded. “I also know that people gave and didn’t ask for bread because they didn’t want to bother me or they wanted the bread to go to someone else so I could make more loaves. because all the money comes out of my pocket for the bread.”

People have also donated to charity without telling him. But, wanting to keep her hands busy, Esterlis continued to cook, putting bits in her neighborhood mailboxes with a note.

“It’s interesting because I’m a big introvert and now I talk to a ton of people,” she said. “And now that to raise awareness and help people, I’m all out there.”

However, Esterlis doesn’t want people to think she’s carrying the load herself. She and her colleagues from medical school have formed “United4Ukraine” to raise awareness and funds and are creating a nonprofit. To donate or buy a loaf of bread for a $100 contribution, use Venmo, @UforU, PayPal, @UnitedforUkraine or email [email protected] to find out where to send a check.

Esterlis also knows that her family has suffered from her cooking from morning to night, including her daughters, Alexandra, 14, and Simona, 11.

“I couldn’t have done all of this if it wasn’t for them,” she said. “They have to tolerate me because I get up very early and go to bed very late.”

The reaction lifted her spirits, Esterlis said. “That’s really nice,” she said. “They tell me, it’s like my grandmother did… or I’ve never had that before; I didn’t know what to expect. I spent $500. You know, wow. It’s worth it. … You make them new memories or whatever.

For Esterlis, the invasion of Russia is a repeat of Hitler’s genocide in World War II. “That’s what it feels like. It attacks ethnicity or race,” she said. He’s trying to erase a culture,” taking soldiers and civilians hostage, bombing civilian buildings.

“There is no humanity at all,” she said. “And I didn’t even know there were laws of war until this war started.” But Esterlis is not surprised that Putin violates these rules. “A president who has been in power for 22 years, do you expect him to read a law book? she says.

Ukraine has changed a lot since its independence on August 24, 1991.

“Knowing now that you’ve gone from communism to a democracy, where they accept people, where people of different nationalities, ethnicities, racial backgrounds, go to school and live,” she said. “People of different orientations, genders are capable of being. I feel more proud of where I come from than he got to this place.

Although this is “the biggest humanitarian crisis in 80 years…since the Second World War”, Esterlis does not want people to forget that there are many more in the world.

“There are wars all the time, everywhere,” she said. “And it hasn’t gotten as much attention. And so I’m hoping that maybe this crisis will get everyone’s attention, to help everyone, no matter where the crisis is in the world and no matter how big, and it seems it’s the people of this region who have to take the bull by the horns, love, make the moves for the masses to follow.

Esterlis has received many compliments on her bread. People say it reminds them of their youth. She said she had tried to replicate what she remembered as a child, with limited success. “It’s similar to a challah recipe, but a little less chewy for me,” she said. “But we all love it and everyone who emails me says they love it and it reminds them of their grandma’s or this or that [or] they’ve never had one before and they love it.

The ingredients are simple: “I use good quality, unbleached flour because I want to make sure the bread is nice and fluffy. Butter, eggs, salt, sugar, yeast and milk.