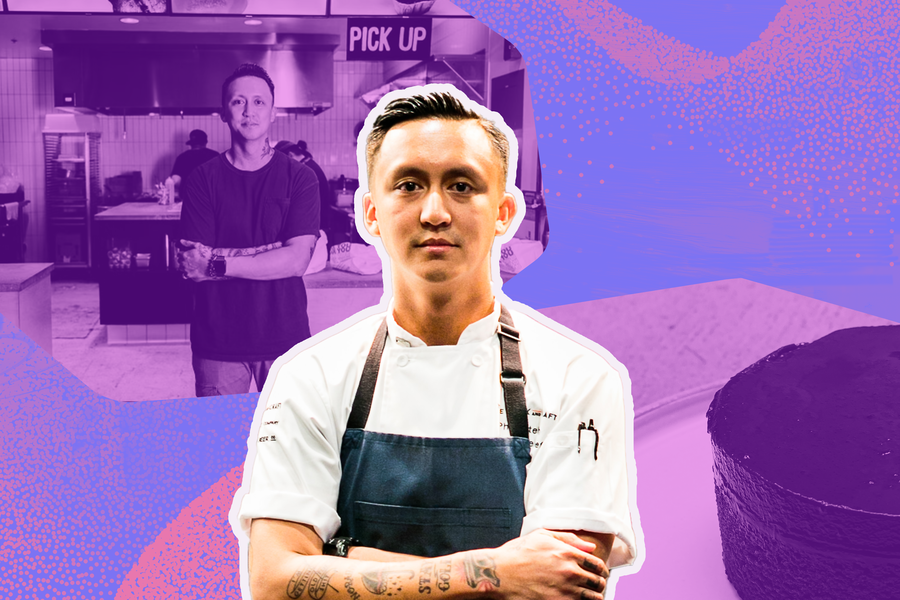 Prior to 2019, Chef Phillip Esteban had never really cooked Filipino food for anyone outside of his family. This may be surprising, given that all of his new ventures are celebrations of his Fil-Am identity. There are White rice, a casual and fast-paced place in San Diego where bowls of crispy pork belly – or lechon kawali – are served alongside purple mounds of ube pandesal. Next month, he’ll be doing a pop-up with the DC Filipino concept, Pogiboy, and make ube brioche hamburgers. In 2022, he plans to open another Filipino restaurant, Well Fed, in the same San Diego neighborhood that raised him.

And yet, for most of his career, he cooked other foods. “You go to culinary school and you learn classic French technique. And then you start working for different restaurants and you just apply these things they teach you to any food, modern American, Japanese, Korean whatever you want to do, ”he says. “For me, focusing on Filipino cuisine was really just a search for my own identity. Who am I as a Filipino American and a cook for the past 18 years? What food, or what style, or what are these things that I want to do? “

Esteban attended culinary school in San Diego and made a point of leaving the city he called home, at least for a little while. “Nobody leaves San Diego. Everyone ends up working for the same people, then cooking the same style, then having the same mindset, ”he explains. Instead of making the same burgers and garlic aioli, he went cooking along the West Coast before moving to New York in 2010. His time at Momofuku Ssam Bar, a stopover in Marea, and time spent in Per Se shaped not only how he viewed food, but how he would one day want to run his own business.

“Leaving has always been an opportunity to learn and take a step back from different cultures, different experiences. I brought those experiences with me, like the hustle and bustle of New York and driving, ”he says. “I think that’s what really shaped me in my career, the way I think about going there and then coming back, and then attacking the food scene like I did.”

To begin with, Esteban wanted to change the way kitchens work. Instead of viewing office workers as disposable, Esteban has taken it upon himself to provide training and education. “The industry has been sort of a pandemic in itself,” he says. “This bubble had to burst. Not just from a pay scale perspective, but from a respectful perspective – the way we treat, the way we talk, the way we empathize with each other in business. .

Instead of being motivated by greed, Esteban is reinvigorated by providing education to his employees and sharing the profits for a living wage. “A young cook who works in duplicate from 8 am to 10 pm at night just to pay rent does not have a quality of life,” he explains. “You start to wonder why people make the decisions they make, why there is a lot of alcoholism, drug addiction and misogyny. [in kitchens]. “

Although he is just one person and admits that he alone cannot change the culture of cooking, his concepts are a starting point. Not only is Esteban’s mission to support kitchen workers, but now he fully reflects on his Filipino-American identity with gusteau. This dual identity can be seen in dishes like his triple ube cream cake, which he approaches with both cultures in mind.

“I adapt the recipes to the Filipino palate because they like sweet things, but I want to make them more accessible to multi-generations, but also multi-demographics,” he says. “And so, it’s not as sweet and dense as the traditional Filipino flan leche.”

But ultimately, Kababayan, the Tagalog word for compatriots, is its northern star. Be a bayanihan, or someone who works in the community, the center.

“Translation is a compatriot or a fellow citizen, but it is respect for the community and for cultural unity—[we] help each other grow, ”he beams. “I’m just myself, Filipino, bayanihan.”

Mid-Coast Audubon to host fundraiser for sale of birdseed