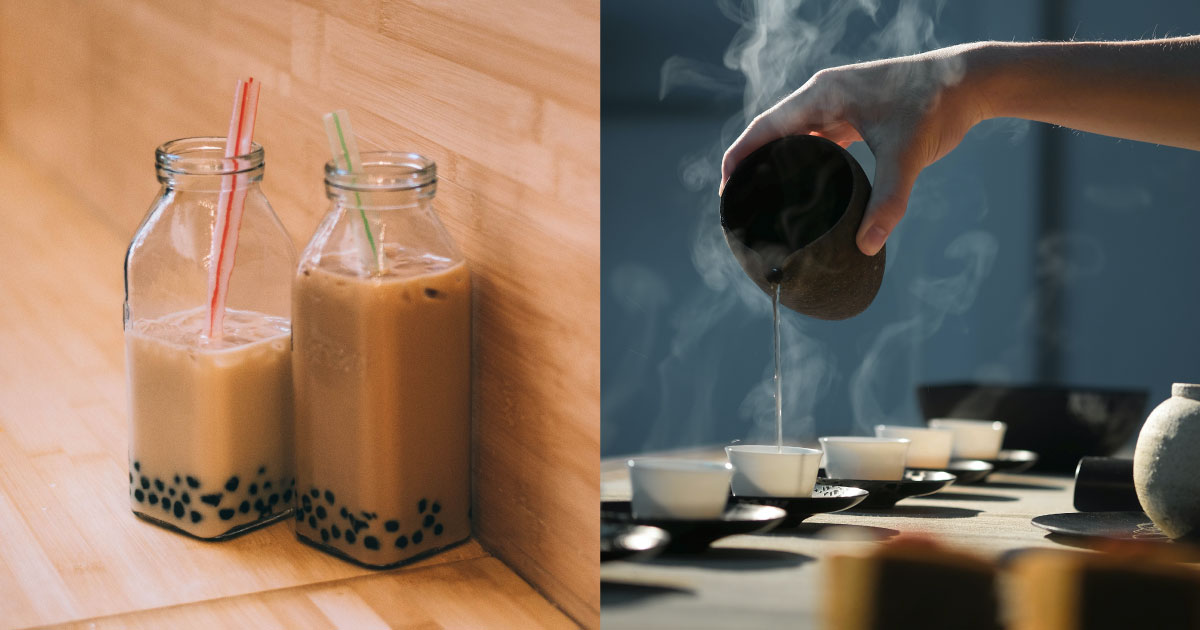 Although its historical relationship with tea might come to mind first, Hong Kong has a vibrant and diverse coffee culture. During the 20th and 21st centuries, the city’s coffee culture has naturally been influenced by coffees from other major Asia-Pacific consumer nations, including mainland China, Japan, and Taiwan.

Today, Hong Kong is highly regarded in the global specialty coffee community, with a great capacity for innovation and experimentation. In the recent past, its signature drinks and unique techniques (such as the invention of “The Dirty” and the practice of freezing milk) have inspired similar developments in other markets.

To learn more about these trends and the future of the specialty coffee scene in Hong Kong, we spoke with two industry professionals based in the region. Read on to find out what they said.

You might also like our article on the rise of Hong Kong in the world of specialty coffee.

The traditional influence of tea

China is widely considered to be the first country to grow and consume tea commercially.

For hundreds of years it has been a popular drink for the majority of the country’s population, with estimates consuming it about 40% of all tea produced in the world.

In 1839, during the First Opium War, the The British invaded China and occupied Hong Kong Island. As the town was settled, the British began to trade goods to and from the region, including tea (which saw British tea consumption increase dramatically as availability improved).

The British presence in Hong Kong meant that tea houses there were naturally influenced by UK traditions and trends over time. For example, the British tradition of adding milk to tea quickly became commonplace in Hong Kong and later prompted the city’s teahouses to develop their own signature drinks.

In the 1950s, the practice of drinking tea daily was so strong in Hong Kong that many cha chaan teng (which directly translates to “tea restaurant” in English) are located there.

However, around this time, coffee was starting to become popular in Hong Kong.

At the time, it was enjoyed more as an after-dinner drink, made with dark roast coffee blends that often included robusta. Most consumers therefore enjoyed their drinks with milk.

Consumers generally purchase coffee from a few selected roasters in Hong Kong. One of the best examples is Olympia Graeco Egyptian Coffeewhich opened in 1927 and still operates to this day.

The second and third waves of coffee in Hong Kong

Throughout the 1980s and 1990s, other major consumer markets around the world began to have a greater influence on Hong Kong’s coffee culture. Notable brands like Seattle’s Pacific Coffee and Japan’s Ueshima Coffee Co. were helping to change the perception of coffee in the city.

This has seen consumers start to accept coffee as a beverage that can be enjoyed anytime and anywhere, rather than just an after-dinner drink. Soon after, coffee began to gain prominence as a “third place”, with major chains such as Starbucks opening stores in the 2000s.

As coffee grew in popularity, the third wave in Hong Kong began to emerge in the early 2010s, with an increasing focus on quality and more transparency.

Gary Au is the co-founder of Hong Kong’s Urban roaster and the Hong Kong Coffee in Good Spirits Champion 2021. He tells me how Japan has heavily influenced Hong Kong’s coffee culture throughout the 2010s, especially when it comes to brewing equipment.

“As more and more consumers ordered coffee instead of milk-based beverages, Japanese brands of coffee equipment such as Hario, Kalita and Origami became more popular.”

Sophie Chan is the co-founder of the blog and online platform coffee every day. She is also a certified sensory judge for the Hong Kong Barista Championships and Hong Kong Coffee in Good Spirits. She points out how Japan has also influenced the aesthetics of Hong Kong cafes.

“People describe some cafes in Hong Kong as having a ‘Japanese minimalist style’. They have more cozy, soft and woody tones.

However, Gary believes that Taiwanese coffee culture has influenced Hong Kong coffee shops more than any other East Asian country.

“About 10 years ago, there were only a handful of specialty cafes in Hong Kong, but now you can find them even in remote areas,” she says. “For the past year alone, there have been at least between five and 10 stores open each month in the region.”

As specialty coffee culture has grown throughout Hong Kong, consumer preferences for coffee have also grown.

“Consumers are now more open to the idea of ​​pouring coffee over coffee,” says Gary. “Coffee drinkers and home brewers are more sophisticated and informed than ever. We are also seeing more home roasters.

“Additionally, using single-origin coffee for espresso and serving many hand-brewed alternatives is becoming more common in most Hong Kong cafes.”

In terms of consumer behavior in coffee shops, Sophie explains that this varies greatly depending on the specific location in Hong Kong.

“For cafes in the central business district, consumers are definitely more convenience-oriented,” says Sophie. “But more and more consumers are using cafes as a third space where they can spend half the day and take pictures to post on social media.”

“Visiting cafes to socialize has become a weekend routine for many people in Hong Kong,” says Gary.

This has led business owners in the region to design and map their cafes accordingly, as Sophie tells me.

“In Hong Kong, most of the menus and decor are geared towards people spending time in cafes, rather than a take-out system.”

As with any thriving specialty coffee market, Hong Kong has developed a unique drink over time. But the region’s traditional tea roots have also influenced beverages popular in Hong Kong’s modern coffeehouse scene.

Bubble tea originated in Taiwan in the 1980s and is also known as boba or tapioca milk tea. Generally, bubble tea is a milk and tea-based beverage that contains both sweeteners and boba (small balls made from tapioca starch).

However, Gary adds that there are also many innovative coffee drinks.

“Hong Kong is well known for its vibrant blend of Western and Eastern cultures. Yuenyeung is an example of how these two cultures blend,” Gary tells me.

The drink is believed to have originated in a tea house in Hong Kong in 1952 and contains both milk tea and coffee.

“Espresso tonic has also definitely gained popularity over the past two years,” says Sophie. “Baristas use various tonics; some are flavored, others are locally made.

Tonic water is a carbonated drink containing quinine, which gives the drink a distinctive pungent and bitter taste. When combined with espresso, the drink is surprisingly refreshing.

“Dirty is also a very popular drink in Hong Kong,” explains Sophie. This milk-based drink is made by pouring espresso over cold milk, without adding ice.

Sophie adds, “Baristas are experimenting with milk to make it more condensed for a richer texture, including frozen milk.”

Thanks in large part to the speed at which new specialty coffee shops are opening in Hong Kong, there is an abundance of creativity and innovation in the city’s coffee culture.

Sophie explains: “The menus of coffee shops in Hong Kong are diversifying. It’s no longer just about providing quick and easy coffees, or creating spaces in which to work or relax.

“Instead, cafes are more experimental spaces. The variety of signature drinks offered in specialty cafes continues to grow.

Gary says it’s due to the region’s passion for coffee.

“Hong Kong people are well known for their energy, endurance and perseverance,” he says. “Our roasters (such as Craft Coffee and Cupping Room) and our baristas always perform well in international competitions.

“Many experienced baristas in Hong Kong are also industry leaders in mainland China and Southeast Asia.”

He goes on to tell me that in the domestic market, more and more roasters and cafes are developing products that have the potential to sell well in other markets.

“For example, my team and I created the world’s first canned cold brew tonic coffee,” he says. “We created a ready-to-drink product because we hope to see more people enjoying higher quality coffee drinks in a more convenient way.

“After that, the world’s first sugar-free coffee gin liqueur called Pale Ink was launched in November 2021. It was a collaboration between Perfume Trees Gin and my team.”

So what’s next for specialty coffee culture in Hong Kong?

“There are more and more new concepts and ideas being generated through collaborations with other local non-coffee brands,” says Gary. “Specialty coffee will continue to thrive and gain more market share. Right now, the supply is still higher than the demand, but I expect to see that change in the years to come. »

Over the past 70 years, coffee culture in Hong Kong has changed dramatically.

Thanks to continued innovation, the city is now home to a number of unique drinks, award-winning baristas and an increasingly experimental coffee scene. But what will come next?

Did you like it? then read our article on coffee-hopping in Hong Kong.

From seed to bouquet, grow your own cut flowers