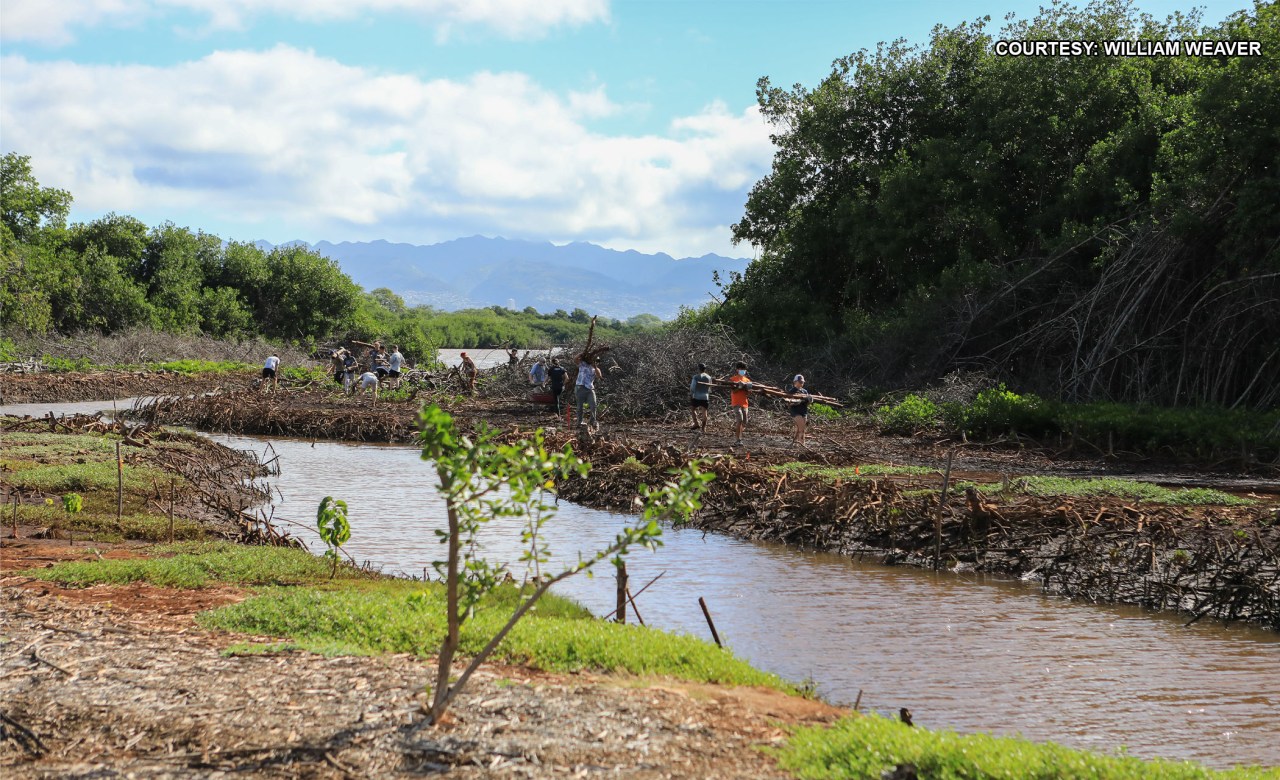 EWA BEACH, Hawaii (KHON2) — Everyone was on deck as the military community and volunteers came together to reclaim land overrun by invasive species.

Hui o Ho’ohonua – or HOH808 – organized All Might Work Day at Kapapapuhi Point Park for everyone to get involved on Saturday, February 26.

“This is a mission that came to us from Kupuna, the Hawaiian stewards around us, and the community,” said Sandy Ward, General Manager of HOH808. “To end the historical perpetuation of trauma to the lands, waters and people of the Ewa moku.”

HOH808 is an Ewa-based non-profit organization established in 2015 by retired Navy Seabee Tony Chance. His Malama Pu`uloa program has already removed 5-6 acres of invasive mangroves from the area – something many have said is impossible.

“That’s what I’ve been called to do here, is to serve, to put others before myself. But I’m not alone,” Chance said, “look around.

Chance was certainly not alone. Among the volunteers was Lt. Col. Byron Owen of Marine Corps Base Kaneohe Bay, who brought out his men from the 3rd Radio Battalion. He said the community reaction to seeing the military give back was staggering.

“They didn’t know the Marines would be here doing this kind of activity and I think it’s fantastic to allow the community to engage with us and kind of, off base, on base” , said Owen. “I think everyone supported what we did.”

An area of ​​Kapapapuhi was once completely covered in mangroves and the water behind was not visible, but it is starting to turn back into a fish pond thanks to the work of volunteers.

“It doesn’t seem to make too much of a difference while you’re doing the project, but you step back and just see the before and after pictures, and you’re just like, ‘Wow, we really cleaned up all this.'”

HOH808 hosts cleanups every second Saturday and they are always looking for volunteers. Click here to visit their website. They will even work with your schedule.