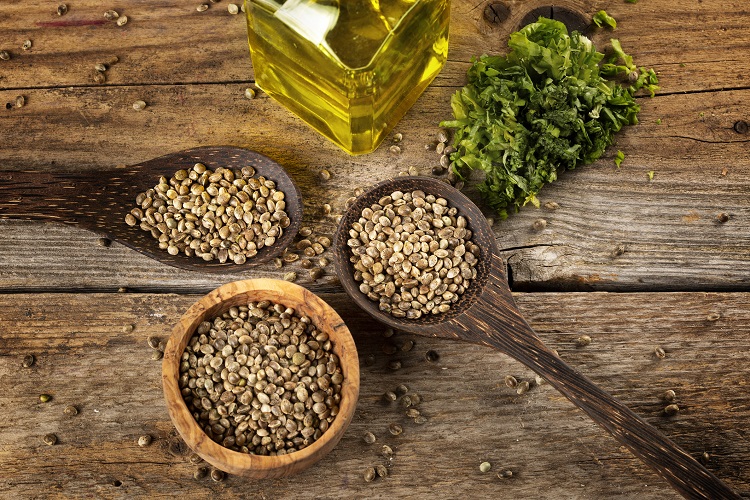 Following a favorable opinion from the Standing Committee on Foodstuffs, the European Commission will amend Regulation (EC) No 1881/2006 concerning the maximum levels of delta-9-tetrahydrocannabinol (Delta-9-THC) in hemp seeds and derivative products.

THC is the main psychoactive chemical in cannabis and responsible for the “high”.

According to the Commission amendment, the maximum levels have been set at 3.0 mg/kg for dry products (flour, proteins, seeds, snacks) and at 7.5 mg/kg for hemp seed oil .

“Ending the fragmentation of the internal market”​

Prior to the amendment, there was no EU-wide maximum limit. As the European Industrial Hemp Association (EIHA) explained, there were “only” European Food Safety Authority (EFSA) guidelines from 2015, which were not legally binding.

As the EU did not have common values ​​until this week, countries like Italy had adopted “even stricter” values ​​(2 ppm in dry foods and 5 ppm in oil), a- she explained. “In Belgium, the approach was different. They had higher values. This would have meant that Belgium would have had to comply with Italy and any other member state. ​

This week’s amendment means that all member states will have to follow common values, which the EIHA says will promote consistency across the EU and create a stable and more attractive market for investors.

“This initiative finally puts an end to the fragmentation of the internal market and will probably give a new impetus to investments in the sector”, noted the lobby group.

For the EIHA, the legislation is “long overdue”. The lobby group’s “biggest goal” is the creation of a single market for hemp and its derivatives, Romanese explained, “and the single market must be based on common rules”. ​

Although the EIHA has called for higher values, it has stated that it will support and approve the Commission’s proposals on maximum levels of THC in foods provided there is clear and official regulation on measurement uncertainties.

The standing committee has set a measurement uncertainty of between 40 and 50%, but further guidance from the Commission should follow, we were told.

“Disappointed”, the EIHA said this “continues to create ambiguity and uncertainty in the market”. “From now on, every FBO must constantly explain and defend measurement uncertainty with the authorities.” ​

EIHA calls for a measurement uncertainty of up to 50% and the concept of non-conformity only if the test result is beyond a reasonable doubt above the maximum level.

The benefits of this amended regulation, according to the Romans of the EIHA, are considerable.

“Processors will benefit because it was up to them to manage THC levels per country,” she explained.

Food businesses will also benefit, as they will work within a ‘clear framework’ rather than ’27 different approaches’.

And finally, Romanese pointed out, consumers will be able to access these products anywhere in the EU with the same THC content.

The rules will be applicable to all Member States 20 days after the publication of the regulation and its annexes in the Official Journal.

A transition period will be put in place before the new maximum levels come into effect, allowing the use and sale of existing stocks.