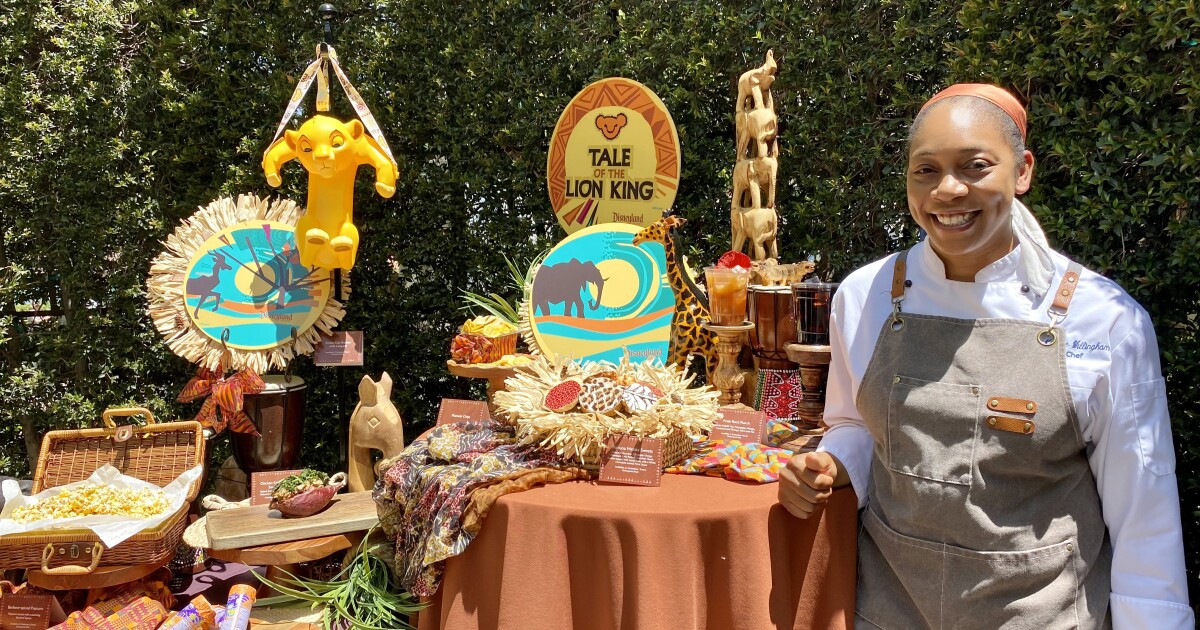 Disney’s “The Lion King” is arguably one of the company’s most famous stories. This summer, the Disneyland Resort in Anaheim tells Simba’s familiar journey in a new way.

On May 28, a stage show, “Tale of the Lion King,” kicked off at the Fantasyland Theater in the theme park with a special focus on African culture.

The theatrical adaptation of “The Lion King” is part of the “Celebrate Soulfully” lineup, which debuted in February in honor of black heritage and culture.

“I’ve worked in theater for a long time,” said Susana Tubert, Creative Director of Disney Live Entertainment. “So I always ask myself, ‘What story are we telling and whose story should this story be?’

The show is directed by Paul Bryant and the creative team includes choreographers Kevin Wilson and Marcel Wilson, whose credits include working and touring with artists like Janet Jackson and Britney Spears as well as cosmetologist Shemika Draughan, who specializes in braiding and highly textured hair care.

“I think as a company we recognize that we need to raise the voices at the table so that our products are genuine, authentic and as beautiful as what you see today,” Tubert said.

The show is accompanied by snacks crafted by Disney Chef Natalie Willingham that highlight African flavors.

“I wanted the food to match the story on stage,” Willingham said.

The Troubadour Tavern, located next to the Fantasyland Theater, will serve snacks such as salty plantain chips and spiced Berber-style popcorn for the show.

“It’s still theater food, something that’s still quick and easy to grab and you can enjoy while watching the show,” Willingham said. “Berber is a spice commonly used in Ethiopian cuisine.”

“We also have a sweet potato that sort of pays homage to our old potatoes that we had, but now it’s tied into our history,” Willingham said. “It’s a sweet potato, which you’ll find grown in Africa, topped with a Malawian curry, which is also a region of Africa, so there’s chicken and kale with coconut milk.”

For dessert, the tavern offers Hakuna Matata Sweets, which is a trio of animal-print cookies, including a coconut macaron, an orange pineapple thumbprint, and a buttery chocolate chip cookie topped with chips. of cocoa.

Willingham said she revisited the movie “The Lion King” for inspiration, but also researched African cuisine extensively for the menu.

“Being African-American, I’m very familiar with soul food,” Willingham said, “But African food was something very, very different, so I had to do a lot of research to make sure I was true to that.”

Willingham said she was proud of the menu she put together.

“All we’ve put together is food that I would enjoy and eat myself and would be happy to bring my kids to enjoy.”

Support our coverage by becoming a digital subscriber.