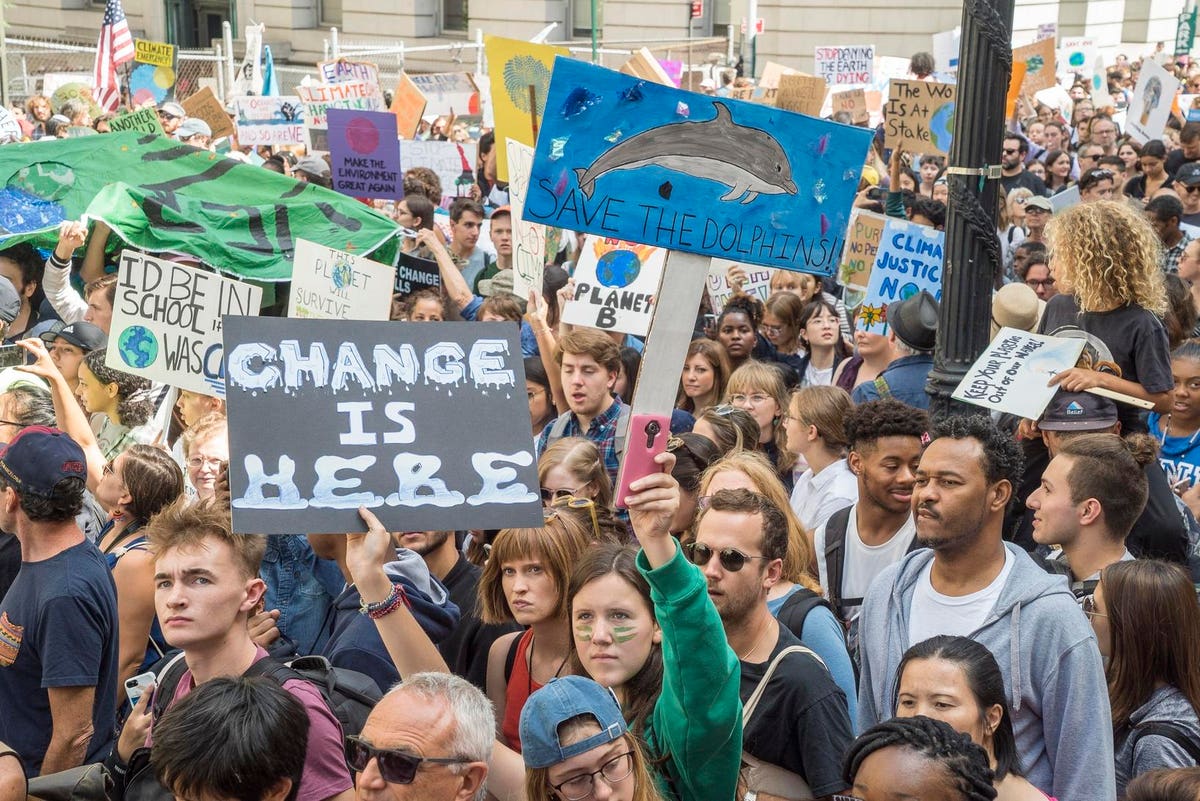 According to a new study, young people are holding back from talking about the climate crisis and taking action for fear of being ‘cancelled’ by their peers.

A survey for new report by Virgin Media O2 and environmental charity Global Action Plan found that a quarter (25%) of young people aged 16-24 hold back from bringing up the subject because they fear being judged by their friends .

The survey also found that only 10% of young people are posting about the climate crisis online because they fear being criticized for misunderstanding the facts – even though almost nine in ten (89%) care about change climatic.

The report also notes that there is a “significant gender divide” with far fewer young men than women reading, liking or sharing climate change posts on social media.

And he said almost a third (32%) of young people worry they don’t know enough to talk about climate change on social media, and almost a quarter (24%) felt that they weren’t leading a ‘perfect’ sustainable lifestyle offline, it would be hypocritical of them to talk about the climate crisis online.

“Being the first person to speak up and act takes courage. Young people are afraid of getting the facts wrong and being judged by their friends,” said Francisca Rockey, environmental youth activist.

“I’ll be the first to admit that I don’t know everything, but you don’t have to be an expert to talk about climate change. It’s about being confident to put yourself forward and learn together. Your experience and interest can spark more conversations and motivate others to take action as well.

In order to overcome these obstacles, the report calls for the presentation of a more diverse range of models of climate change.

He argues that if young people see role models on climate change that they can relate to, they will feel “much more motivated to join the climate conversation”.

“With COP26 rapidly fading from memory and our research revealing that Gen Z are worried about being ‘canceled’ for their views on the climate crisis, it’s clear that urgent action is needed to open the conversations. on climate to young people,” Virgin Media O2 said. Corporate Responsibility and Sustainability Manager, Tracey Herald.

“Young people need to be at the table, influencing climate action – and it’s important we emphasize that they don’t need to be UN negotiators or climate scientists to share their points of view or their ideas.”

Global Action Plan chief executive Sonja Graham added: “We need to normalize the conversation about our climate crisis. We need to break the stigma to encourage more young people to talk about it.

“Daily conversations about climate change are an important first step to taking action – and we know that young people want to take action, so we need to find ways to overcome the barriers our research highlights. Our top tips will help organizations create safe routes for young people to talk to others about their concerns and provide tools for young people to make the discussion easier and ultimately normal.