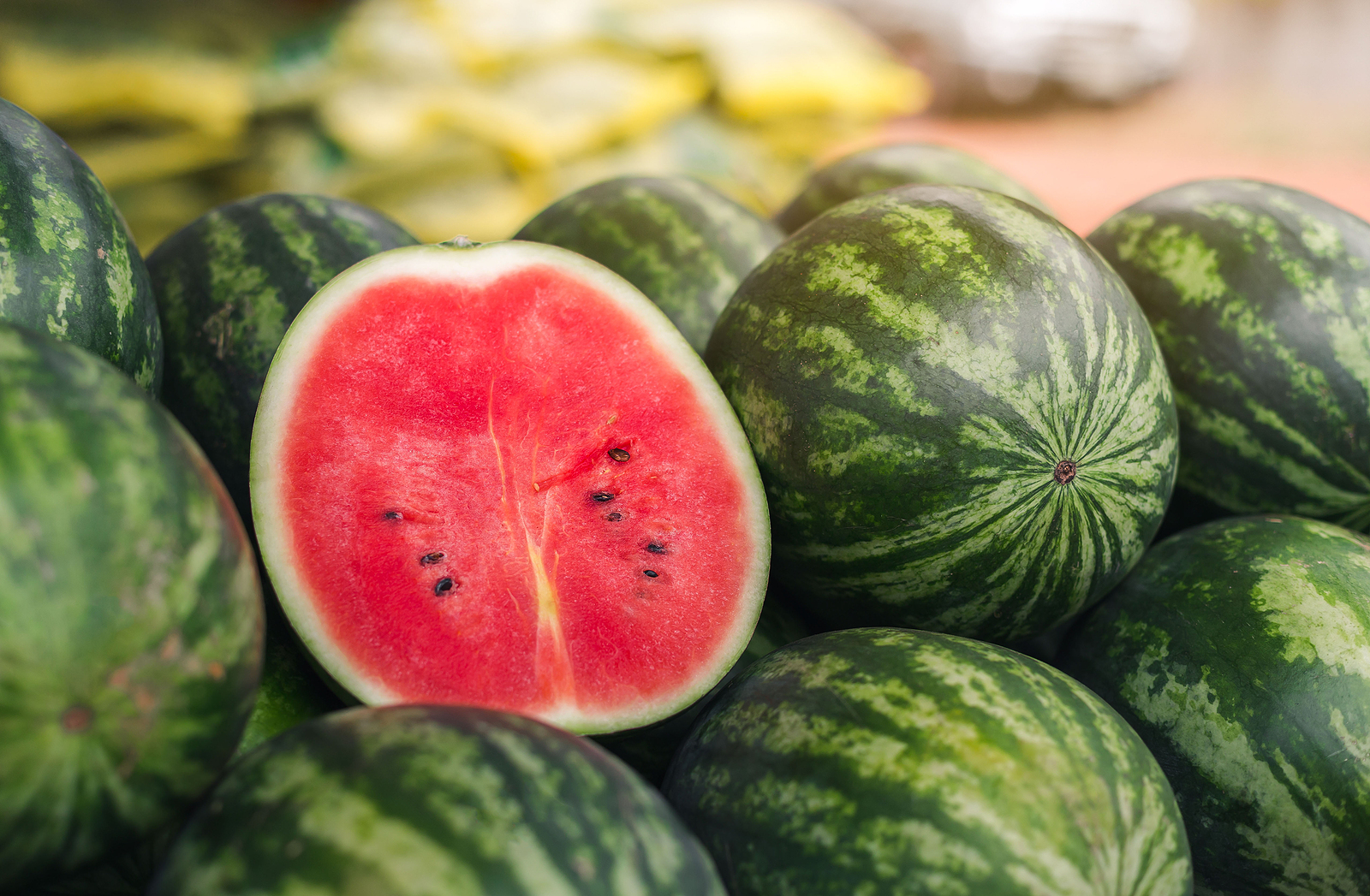 Nothing screams summer like a big, juicy watermelon! According to the USDA’s Economic Research Service, over 100,000 acres of watermelons were grown in the United States in 2020, yielding 38 million pounds.

Every year, hundreds of people anticipate the second Saturday in August so they can travel to Oklahoma’s watermelon capital and celebrate the Rush Springs Watermelon Festival. One of the highlights of the festival is the seed spitting contest. If you’ve never experienced it, you’re really missing out! It’s funny.

Watermelons grow prolifically in Oklahoma and there are many varieties to choose from. Like okra, they are heat-loving plants, so they do well in zone 7. They are 90-92% water (hence the name), so if you want a good harvest, constant watering is essential. Like most cucurbits that don’t like to be bothered with transplanting, watermelons are best started from seed and planted in a compost-rich, sandy loam area with plenty of room to spread. They are big feeders, so it’s important to monitor their nutrients throughout the growing season.

In the 1990s, commercial growers introduced seedless watermelons to consumers and since then approximately 92% of all watermelon sales have come from seedless melons. Whether it’s watermelons, grapes, or other foods, I’ve always been fascinated by the desire for a seedless option.

According watermelon.org“Watermelon breeders have found that crossing a diploid plant (carrying the standard two sets of chromosomes) with a tetraploid plant (having four sets of chromosomes) results in a fruit that produces a triploid seed (yes, it has three sets of chromosomes).This triploid seed is the seed that produces seedless watermelons!In other words, a seedless watermelon is a sterile hybrid which is created by crossing the male pollen of a watermelon, containing 22 chromosomes per cell, with a female watermelon flower with 44 chromosomes per cell. When this seeded fruit ripens, the small white seed coats inside contain 33 chromosomes, making it sterile and unable to produce seeds. This is similar to the mule, produced by crossing a horse with a donkey – simple crossing. And to be clear on the subject, it is not a genetic modification. Crossbreeding is two parents and their offspring. Importantly and interestingly, the seedless watermelon still needs to be pollinated by its seeded parent, so often growers plant both seedless and seedless in their field.

Isn’t it interesting that for the seedless variety to occur, the seeded variety must still be present? There’s just something about those little seeds! In the smallest seed resides the power of life. Each seed harbors an embryo consisting of a small root and a small shoot. Once planted, the root emerges first and anchors the new plant to the ground. You don’t see this part. It happens underground. After absorbing water and nutrients, the sprout appears. This you see. Evidence of what is happening below ground is now visible above ground.

When you choose to eat seeds, it is a different type of food. They are living foods. In them are all the amino acids, vitamins, minerals as well as all other things necessary for life. Think about it. With so many artificial, canned, and frozen dead options, we still have live options like beans, grains, peas, rice, corn, coffee, and cocoa. Each of these are seeds that, when planted, produce new plants or, when eaten, bring good health.

There is yet another seed. In Gen. 3:15 we read about a mighty seed that was promised to come. He would be both God and man and from him would spring life, abundant and eternal. It was and still is the most important seed of all time. Thank you Father for creating seeds and seeing that on so many levels they were good.

“And I will put enmity between you and the woman, and between your seed and her seed; he will crush your head, and you will hurt his heel(Gen. 3:15).