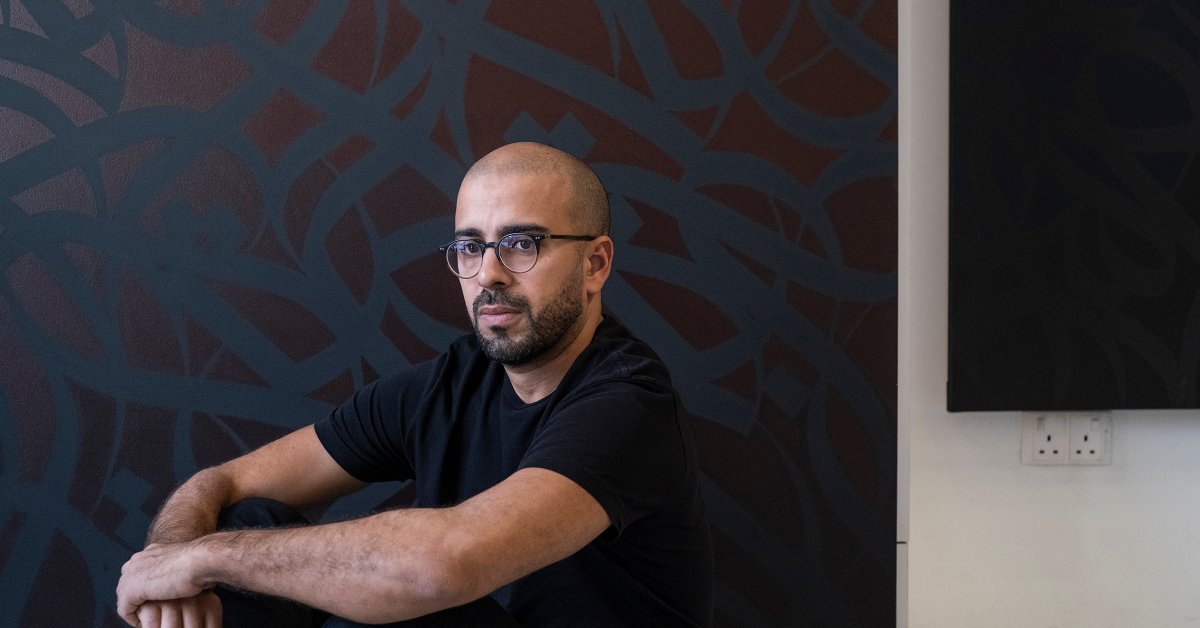 JDubai-based artist eL Seed, who draws inspiration from the loops and curving shapes of Arabic calligraphy to create compelling and often massive installations of wood, metal, glass and more, believes words are powerful – and that’s why he incorporates them. in his job. One of his most recent works, for example, took the form of a giant colorful installation of painted fabric strewn across the rooftops of the Nepalese village of Giranchaur, which was leveled by an earthquake in 2015 and mostly rebuilt by local women. “There is nothing between us, nothing at all,” the article read, quoting Nepali poet and activist Yogmaya Neupane. “Your eyes have tears, just like mine.”

Seven years after opening his studio in Dubai Alserkala Avenue creative hub, eL Seed, whose projects have popped up everywhere from Rio de Janeiro’s favelas to the North-South Korean DMZ, is now at the forefront of the city’s vibrant and growing arts community. Indeed, Dubai has become a major arts hub over the past two decades, with well-established art fairs (like Arts Dubai) and galleries (like Jameel Art Center and XVA Gallery). Meanwhile, in 2009, the United Arab Emirates became the first Gulf country to have a pavilion at the Venice Biennale, one of the most famous art exhibitions in the world.

“What I love about this place is the diversity and seeing people from different communities, ethnicities and religions being able to practice and live on their own terms, but with respect for everyone else,” says eL Seed from Dubai. His public works can be spotted throughout the city; what he considers his most emblematic piece, Statement, is a bright pink sculpture outside the Dubai Opera, ripe for public engagement. “People can interact with it, climb on it and walk on it,” explains the artist. “There’s even a bird’s nest inside the sculpture.” Such interactivity is key to the eL Seed process; an open-door policy at his Dubai studio means anyone can come and see him work.

Born 40 years ago in France to Tunisian parents, eL Seed, a pseudonym referring to 17th century French tragicomedy The Cid, itself based on an Arabic word, Sayid, i.e. master – painted his first wall in a Parisian suburb as a teenager in 1998. “A woman saw me from a balcony and was screaming like crazy, saying, ‘I’m going to call your mum right now!’ I was looking at her like, What’s wrong he says “The wall is gray, I bought the paint, I painted an artwork on the wall, I make the neighborhood more beautiful .”

His professional artistic career did not begin until a decade later when, while working as a business consultant in Montreal, he painted his first Arabic calligraphy as public art. “I felt something was missing in my life. I was dying inside and just wanted to paint,” he says. ‘he was just waiting for me to express it,” he says. Two years later, the day before his daughter, now 11, was born, eL Seed quit his day job to focus on full-time in art.

Starting in 2013, eL Seed completed a year-long residency at the Tashkeel Contemporary Art and Design Center in Dubai at the invitation of Founder and Director Sheikha Lateefa bint Maktoum bin Rashid Al Maktoum, a member of the ruling family from Dubai. It was obvious that he would “do work with impact”, says Sheikha Lateefa.

According to Sheikha Lateefa, key to eL Seed’s approach is its focus on the communities in which it works. “He’s the inventor of the idea, but then uses the communities to think about what he does and how it’s produced.” Indeed, eL Seed says he understands, when doing large-scale public art projects, that it’s essential to get into the mindset that you’re working for those who live there, rather than to create what you want. “You give people that sense of belonging, and that’s what I like,” he says.